Amouranth's reach is pretty big. The model, streamer, and bathtub artist is best known for her highly popular Twitch channel, where she can be found working out, making strange ASMR content, and bathing.

Most recently Amouranth made headlines when Twitch disabled the ads on her channel, before reversing the decision and releasing a Pools, Hot Tubs, and Beaches category. But life as a famous person on the internet and especially famous women isn't all its sunshine and rainbows.

Yesterday, Late in the evening there was a fire along the side of my home originating from the area where my trashcan is kept. The cause of the fire has not yet been determined, but investigators strongly suspect arson.

This is not the first time something like this has Happened. In 2020 someone

Apparently, someone tried setting her house on fire over the weekend. And it's not the first time someone has shown up at her house intending to cause her and her family harm. Last year someone was arrested before they could set off fireworks at her house, and not counting the many times she's been swatted over the years, which apparently has happened so much that she has a "safe word" with her local police station.

tried to shoot fireworks AT my house under the guise of July 4th festivities. Said person was intercepted before he could actually do the act (caught red handed tho), and arrested.

the garden variety of swatting on a weekly basis but have a good working relationship with local law enforcement. If you’re a streamer I cannot stress this enough. Be proactive, talk to them, they won’t understand but having your location “flagged” can

It's a sure sign of how sick people can be when streamers have to have close relationships with their local law enforcement agencies just because their viewers are actively trying to ruin their lives. She offers some advice at the end of her thread about the best case practices for other streamers in her situation.

You can think what you want, but when someone who makes content like this, receives constant hate and IRL threats, maybe it's time to reevaluate this online experiment. Because while sure making seven figures a month selling your nudes is a pretty big flex, no one should have to live like this.

Thanks for this masterclass pic.twitter.com/k91h91wbLO 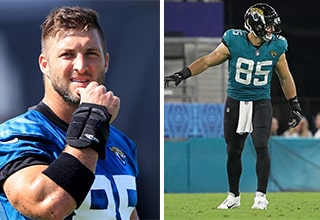