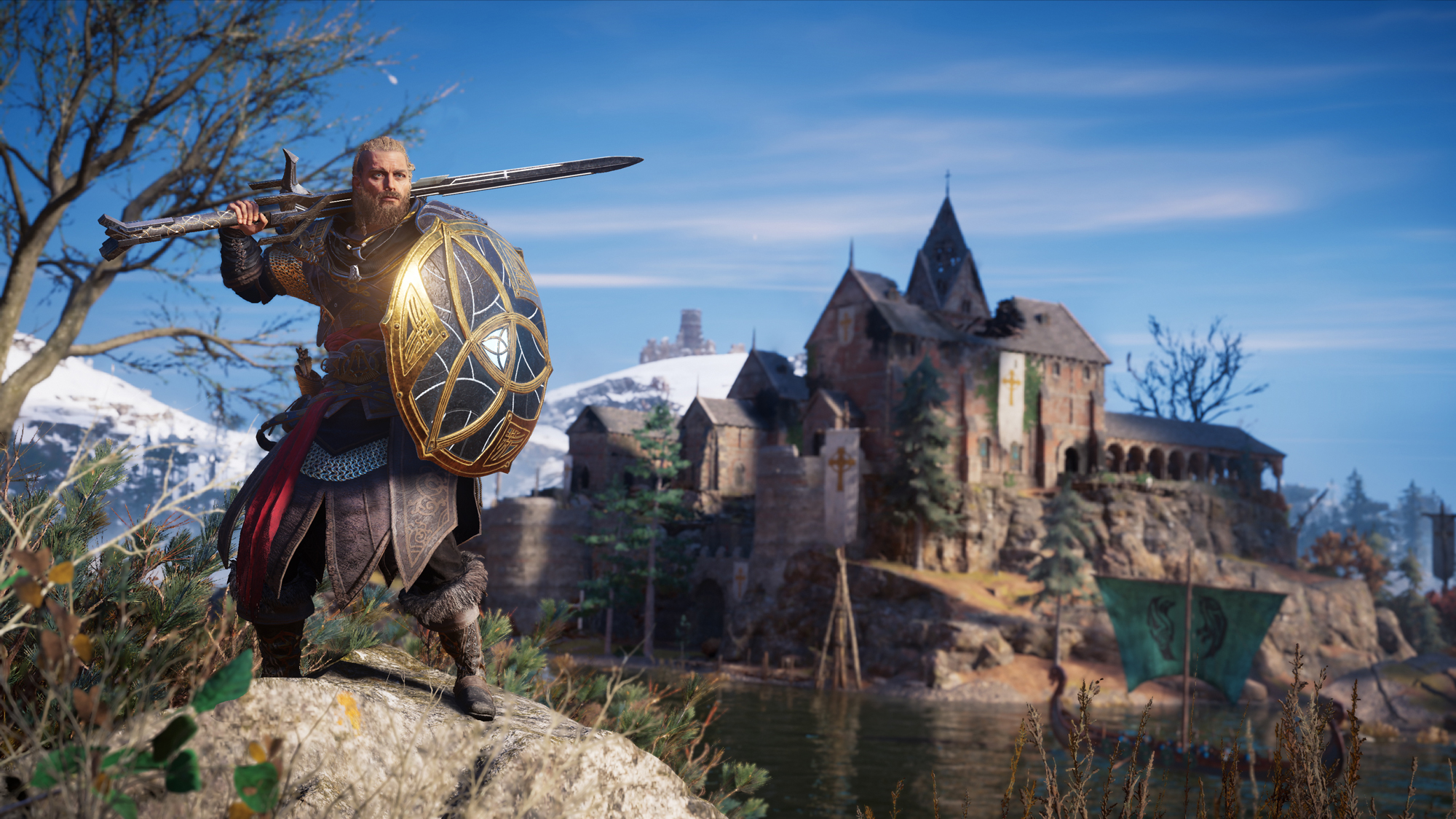 Since the first Assassin’s Creed in 2007, we’ve had the opportunity to explore plenty of different time periods and worlds, like ancient Greece, Victorian London, 15th Century Italy, and more.

This time around, things are much colder—like, Viking-era Norway cold—so make sure you pack your warmest pair of socks and get ready to dive deep into Assassin’s Creed Valhalla.

Valhalla tells the story of Eivor Wolf-Kissed, a young viking warrior who watches his family and clan get wiped out by a rival warlord named Kjotve the Cruel. After freeing himself from Kjotve’s grasps, Eivor seeks revenge for his fallen family across the vast Norweigan wilderness.

But rather than beat you over the head with some long-winded, poetic review, I’ll just tell you what’s great, what’s good, and what’s not-so-good about Assassin’s Creed Valhalla. 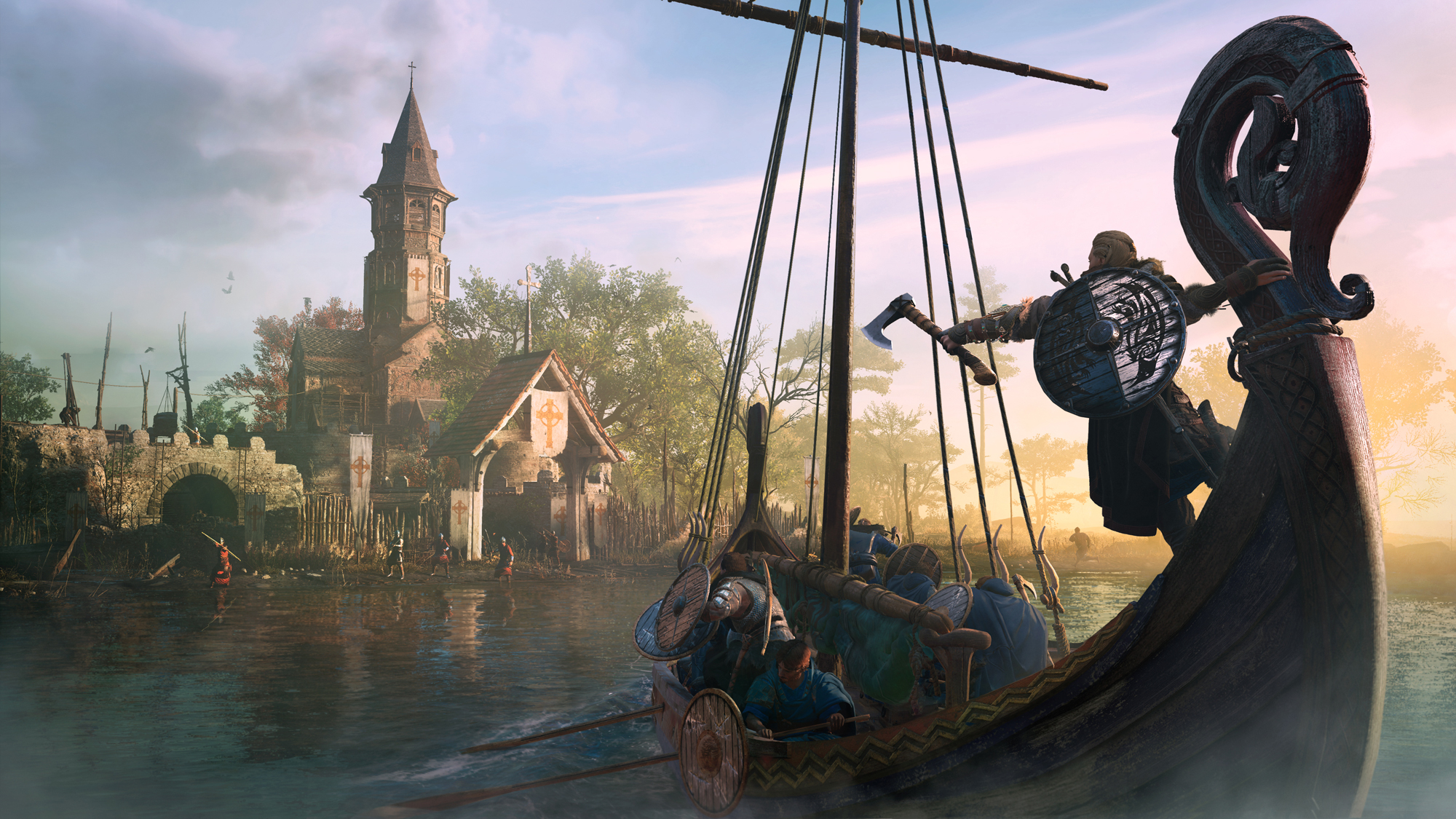 When I say Valhalla is vast, I mean it’s v a s t. The game's beautiful, expansive landscape lends itself to exploration, whether you decide to hoof it through the mountains or take your ship throughout the waterways.

It’s in the wilderness where you’ll experience some of the coolest aspects of Valhalla and do all the awesome Viking shit you’ve always wanted to do.

You’ll encounter enemy bases full of treasures, caverns, nooks, and crannies full of mysteries, and random chance encounters with NPCs you’ll never see again, but will leave an impact on your playthrough.

All of these are great ways to level up and get great items, especially early on, so make sure you don’t just go straight from checkpoint to checkpoint. 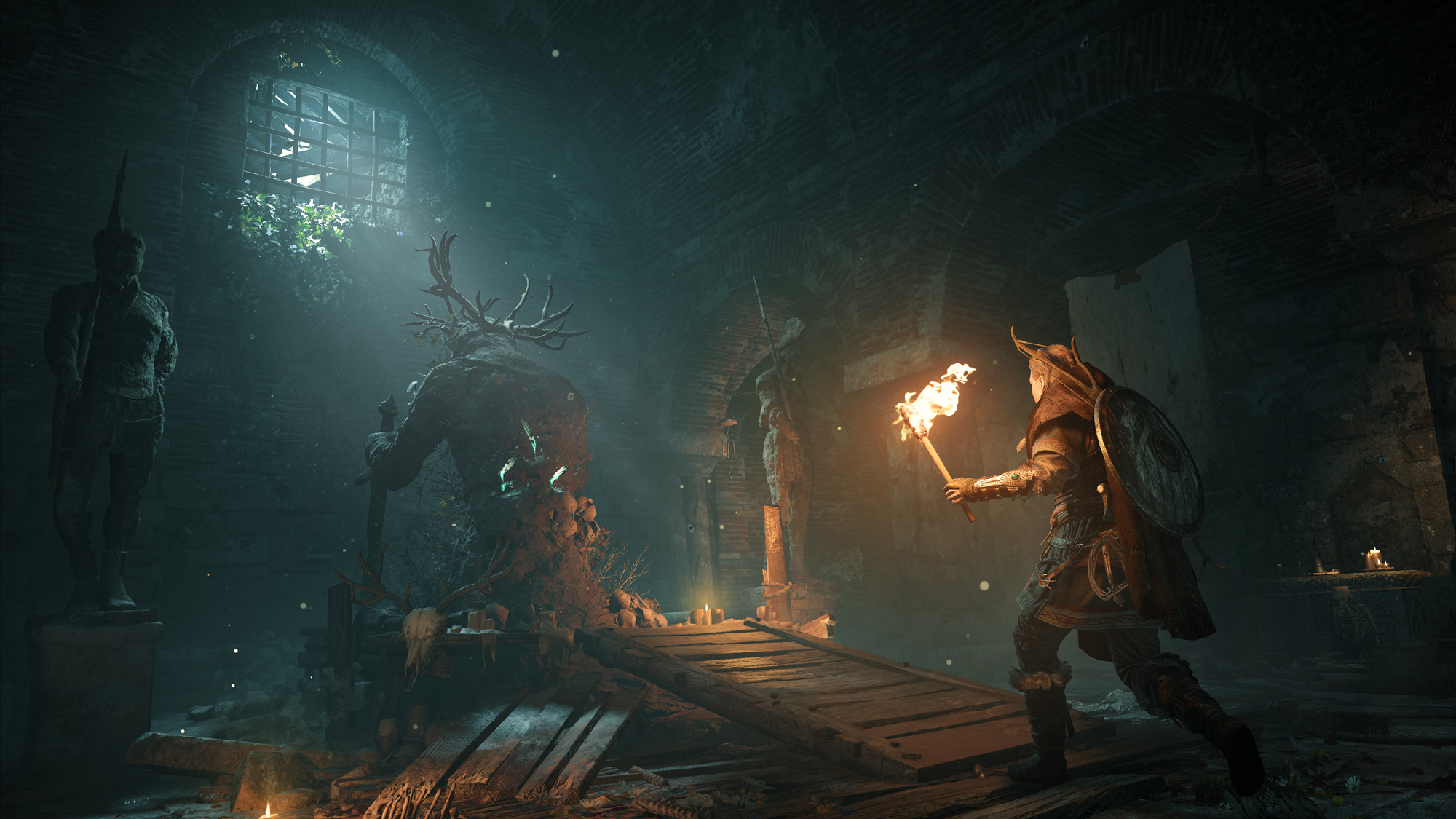 Throughout the game world you’ll encounter little blips on your radar that will alert you to additional gatherables in your area—wealth (indicated by a yellow dot,) mysteries (light blue,) and artifacts (gray.)

Each area has a set number of these gatherables, indicated by a screen prompt, where you’ll be able to see how many of each you’ve collected as well as how many you’re missing.

You can even use your Raven to scout the area and see exactly where the next treasure awaits you and your crew. For those who love to explore every nook and cranny, Valhalla has plenty of collectibles to find. 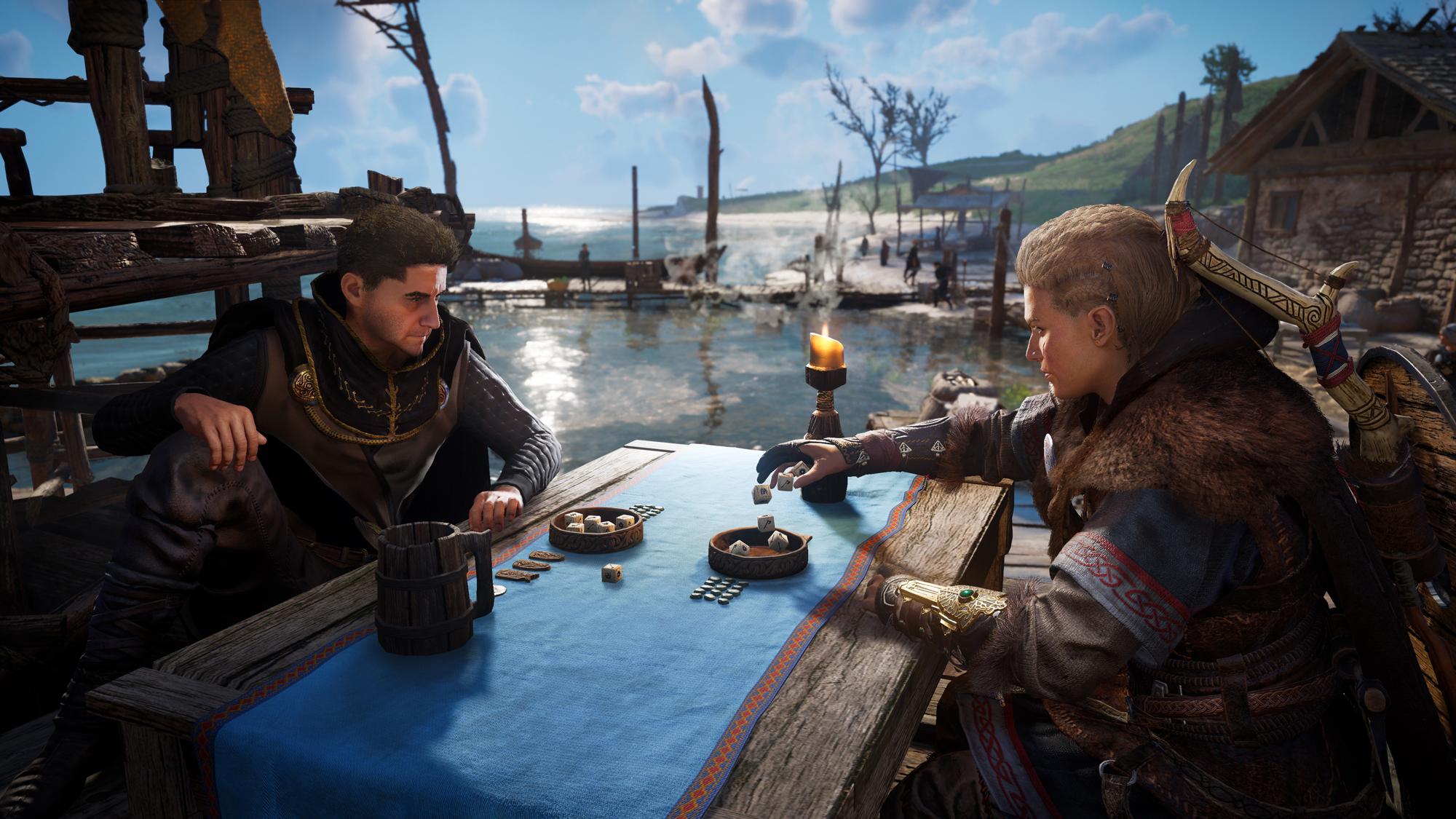 Seriously, play the minigames every time you get to a new city. The “Viking Battle Rap” and the drinking minigames are both such a good time. I won’t say much more, you just need to experience them yourself. 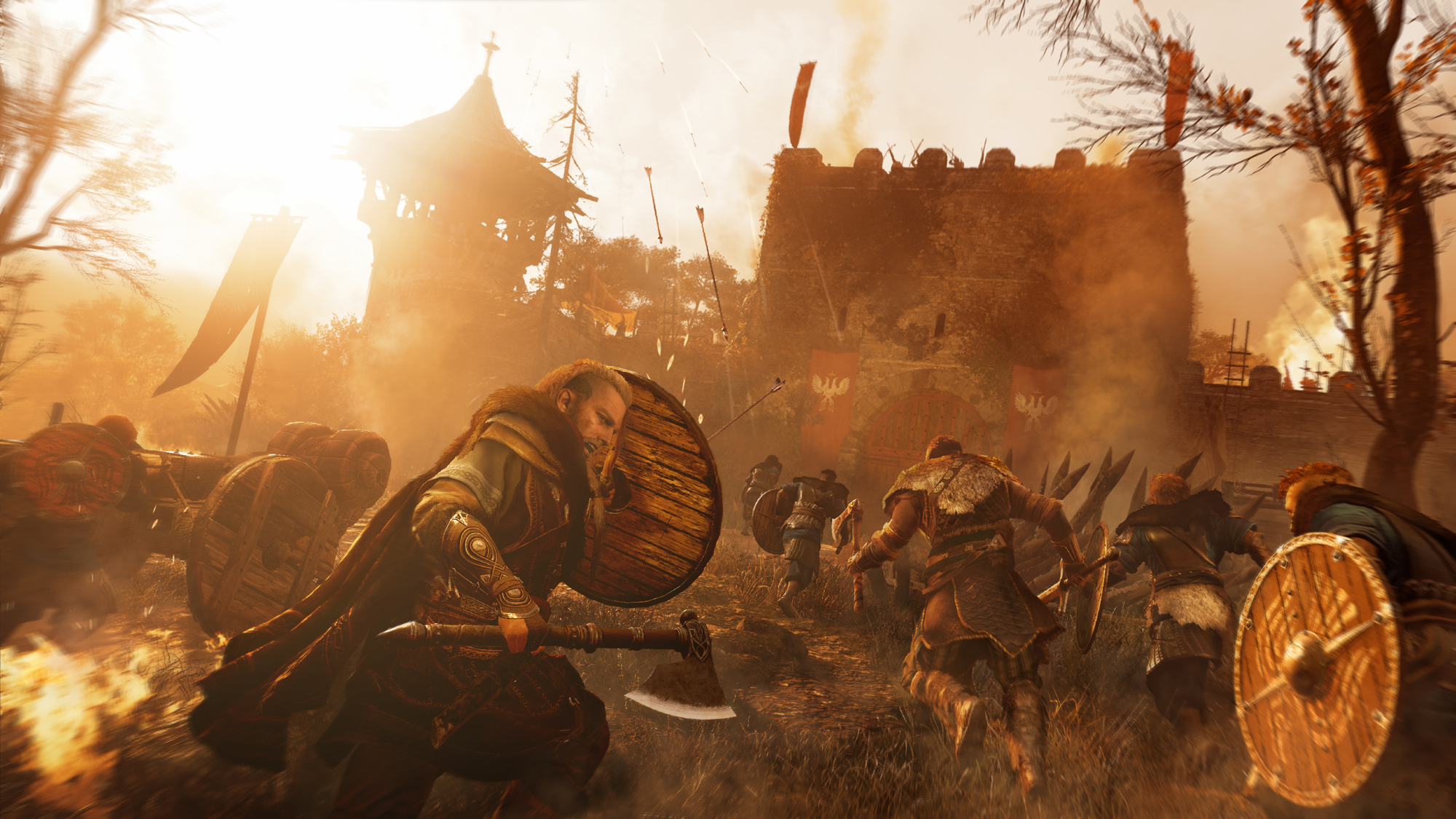 I’m not talking raids like World of Warcraft or Destiny 2, but actual Viking raids, where you and your crew storm the beach to pillage and loot villages, and kill anyone who tries to stand in your way.

Raids are fun ways to grab extra cash and nice gear while traveling between missions, so make sure you conquer everything in your path while you’re sailing through Europe.

Play with the sound on, too. Nothing immersed me more into the action than hearing my crew’s horn blows and chants while raiding. 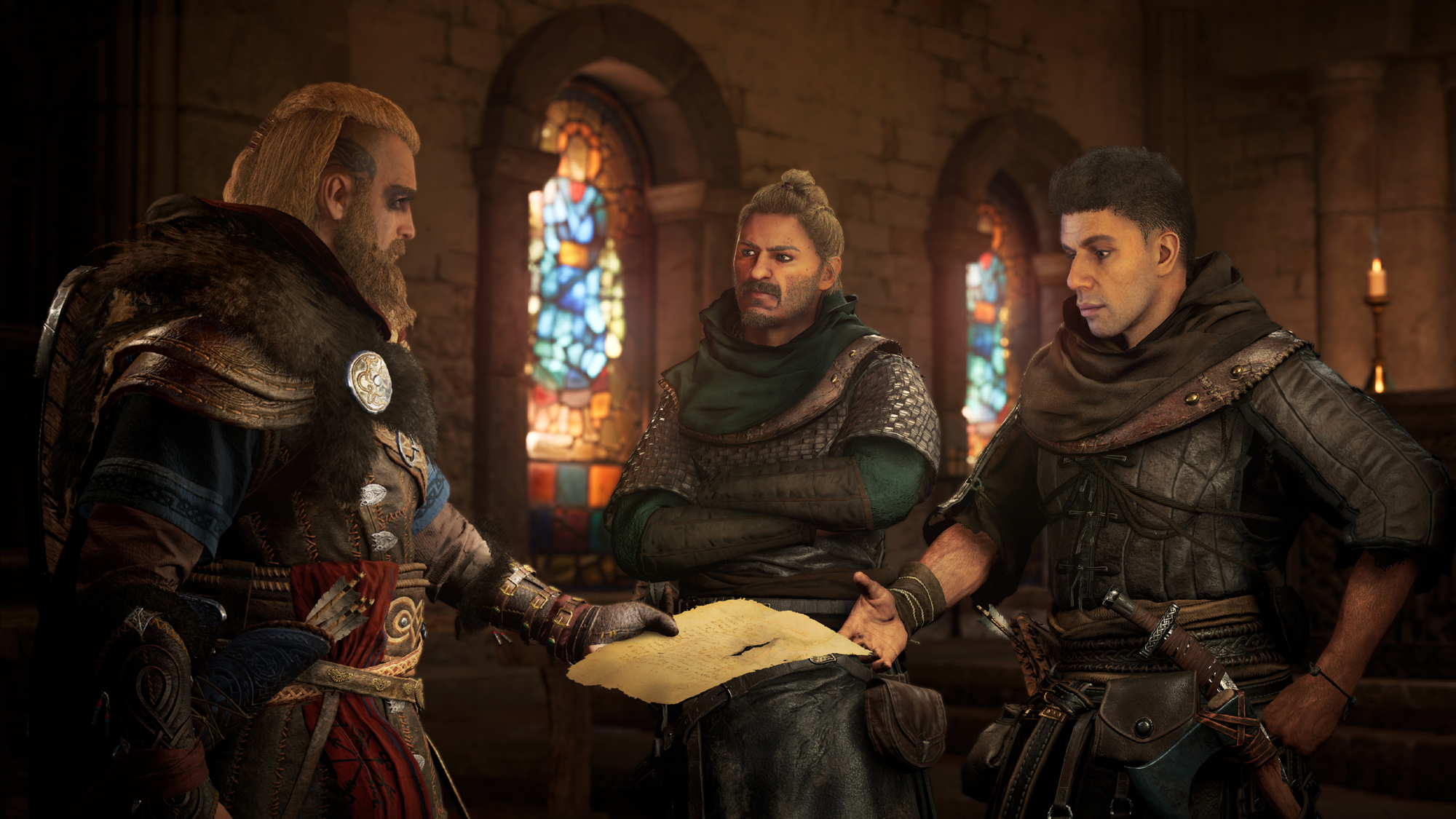 The early parts of Eivor Wolf-Kissed’s story aren’t the most engaging, but once you get through all that it takes some wild turns for the better.

The game really takes off when Eivor meets his brother Sigurd’s friends, who are members of the Brotherhood of Assassins. Eivor eventually starts rubbing elbows with Gods, manifesting his destiny, and all that other cool stuff. I don’t want to spoil anything, so you have to go play the game and see for yourself.

The voice acting and script did a great job of immersing me into the time period.

Whether they dropped in some Norwegian slang, spoke without using contractions, (because I guess Vikings didn’t use them?) and even included ambient Nordic music in the background, the developers did a great job making Valhalla an authentic, Norse experience. 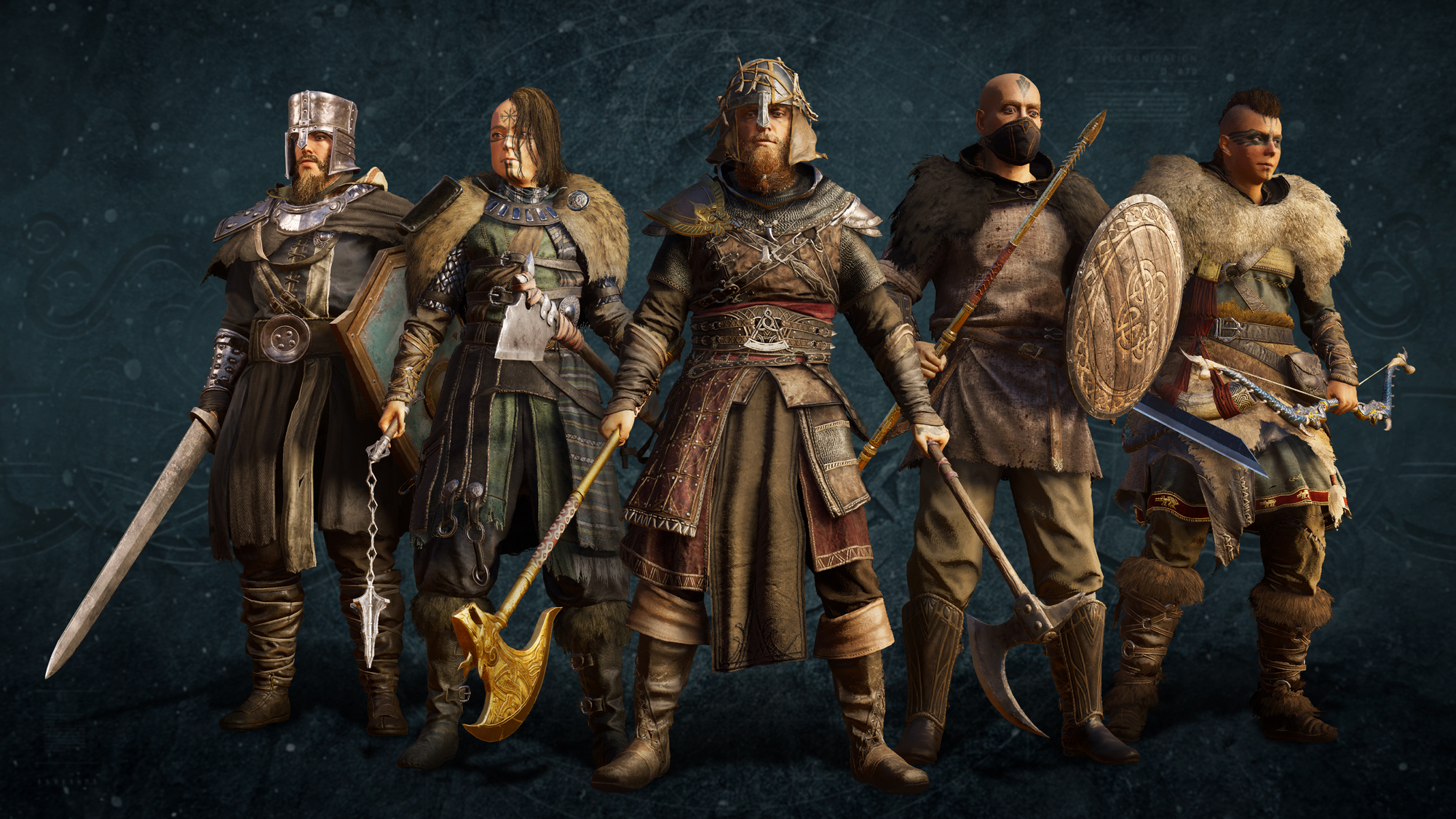 Valhalla expands upon the shift in play style that its predecessor, Odyssey, started, by moving toward a streamlined RPG-esque inventory system that allows players to customize their look and approach to certain situations.

Need to do more damage? Equip a two-handed axe and wail on your foe. Need a more careful approach? Try using a one-handed weapon with a shield. If you find that your battle would be better fought long-range, equip a bow and rain arrows on your enemies.

No matter which way you prefer to play, Valhalla will entice you.

This also extends to a talent system where players can unlock new abilities based on which path they take.

The Way of the Bear (Red) path is melee-focused, where you pick up new ways to bash your enemies’ faces in. The Way of the Raven (Yellow) path focuses on stealth and will give you new ways to assassinate unsuspecting foes. The Way of the Wolf (Blue) path seems to be a catch-all branch that supports the other two branches rather than act as a branch of its own.

If you find that your talents aren’t working well, you can change them at whim. 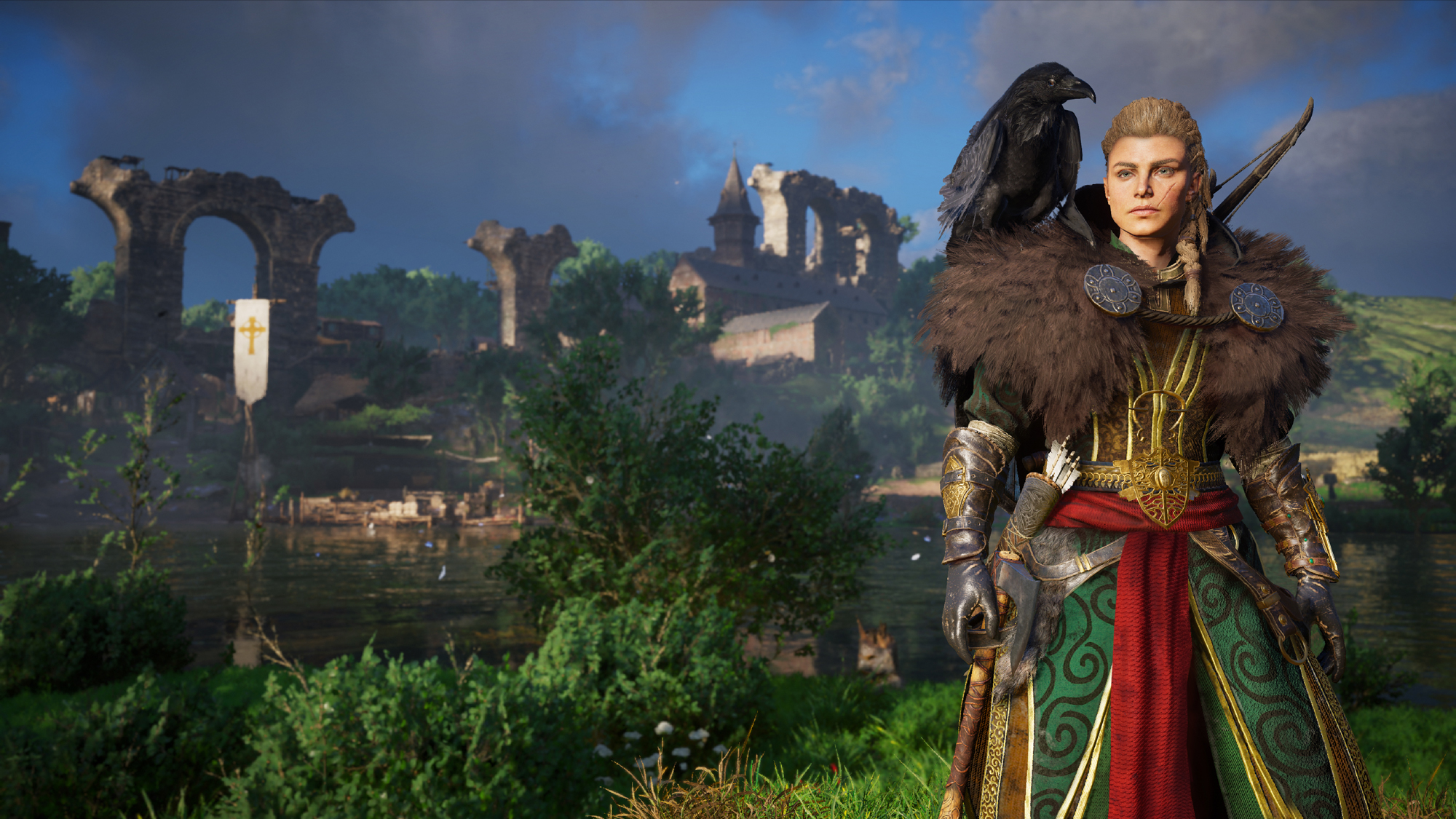 Moving out on your own isn’t so much about living somewhere else as it is a symbol of your adulthood. The same concept applies to Valhalla’s Settlement feature, where you set out to build your own nation in your image.

Sort of like a mix between Metal Gear Solid V’s Mother Base and World of Warcraft: Warlords of Draenor’s Garrisons, your Settlement serves as your center of operations and is where all the wealth and resources you accumulate will ultimately wind up.

It’s also only as good as you make it, so no complaining if you’re not getting the same experience as your friends. You’ll be able to invite specialized NPCs to your Settlement if you meet certain requirements in the world, like a Seer who can take you to some crazy places (that we won’t spoil.) 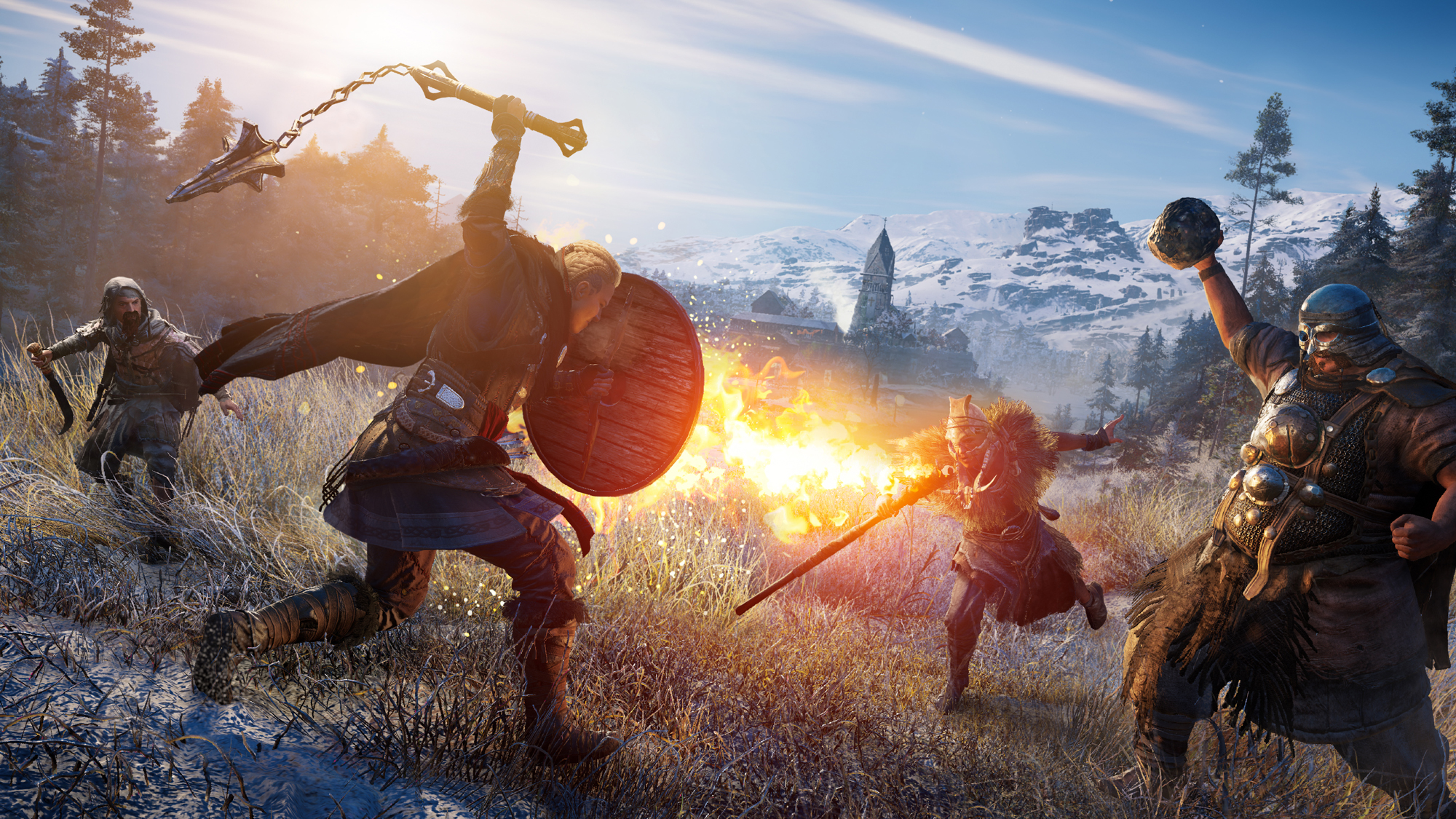 Even though everything around the fights themselves are a blast, actually fighting in Valhalla isn’t the most engaging, and it certainly made me long for games like Devil May Cry or even Kingdoms of Amalur, where combat is as smooth and stylish as it is effective.

You’ll mostly find yourself mashing attacks with an occasional parry or dodge thrown in to make sure you’re not getting destroyed by an enemy’s big attack. Even then, the controls aren’t incredibly responsive, so trying to perfectly time your evasion techniques will take some time to master.

Dual-wielding my axes made combat more enjoyable but it’s still nothing to write home about.

Granted, I was playing a pre-release version of the game, so I know the day one patch will fix some of the bugs and weird things that were happening to me.

But I still experienced plenty of frame rate issues, even while playing on an Xbox One S and not any of the new equipment like the Series X or PS5, where you’d expect issues. 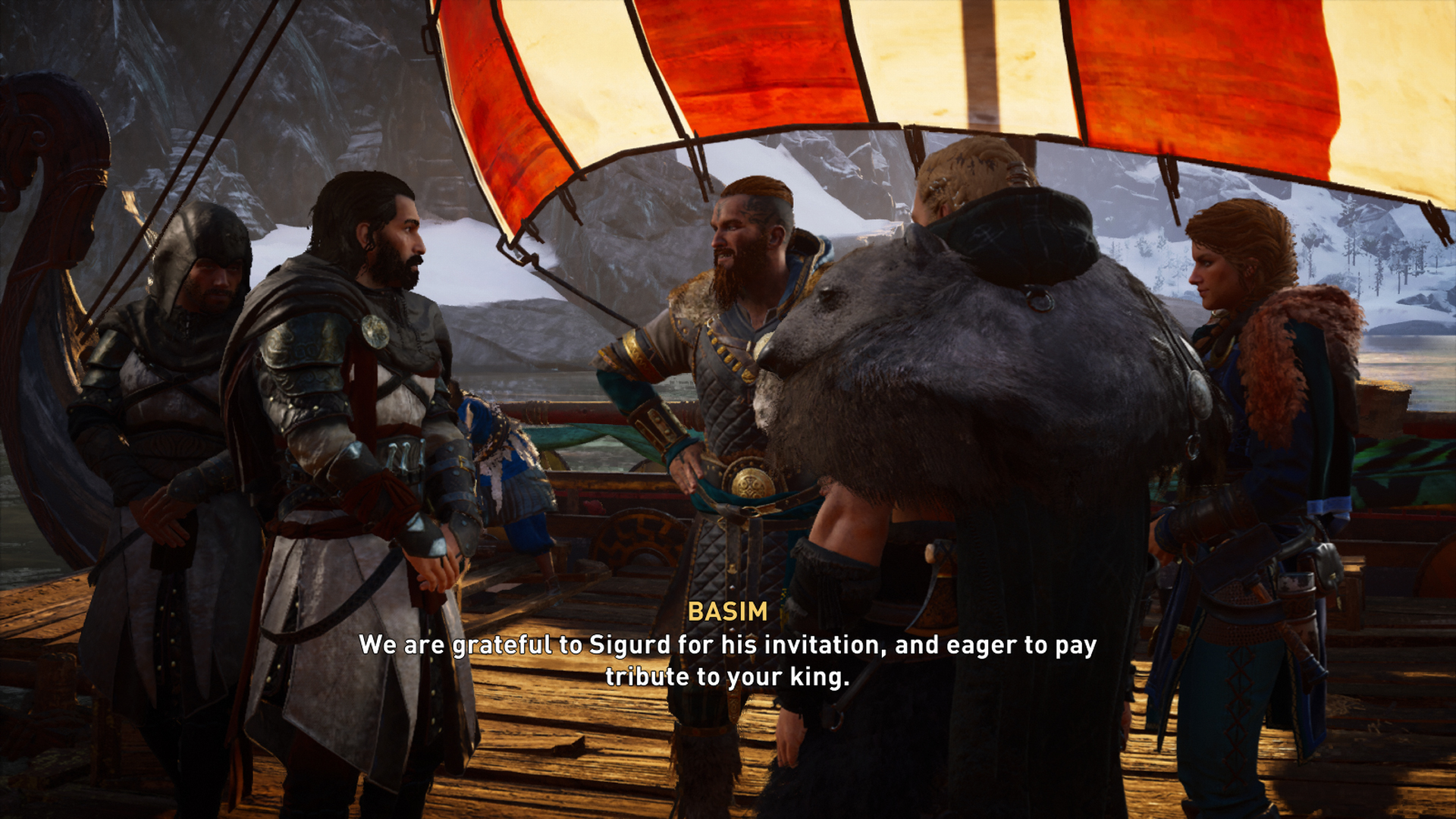 The first two hours of Valhalla are full of expository cutscenes that you’ll unfortunately need to watch in order to understand anything happening around you.

Once you get through all that and head to the first big boss fight, the narrative explodes, and you’ll be hooked into the game’s story like I was. 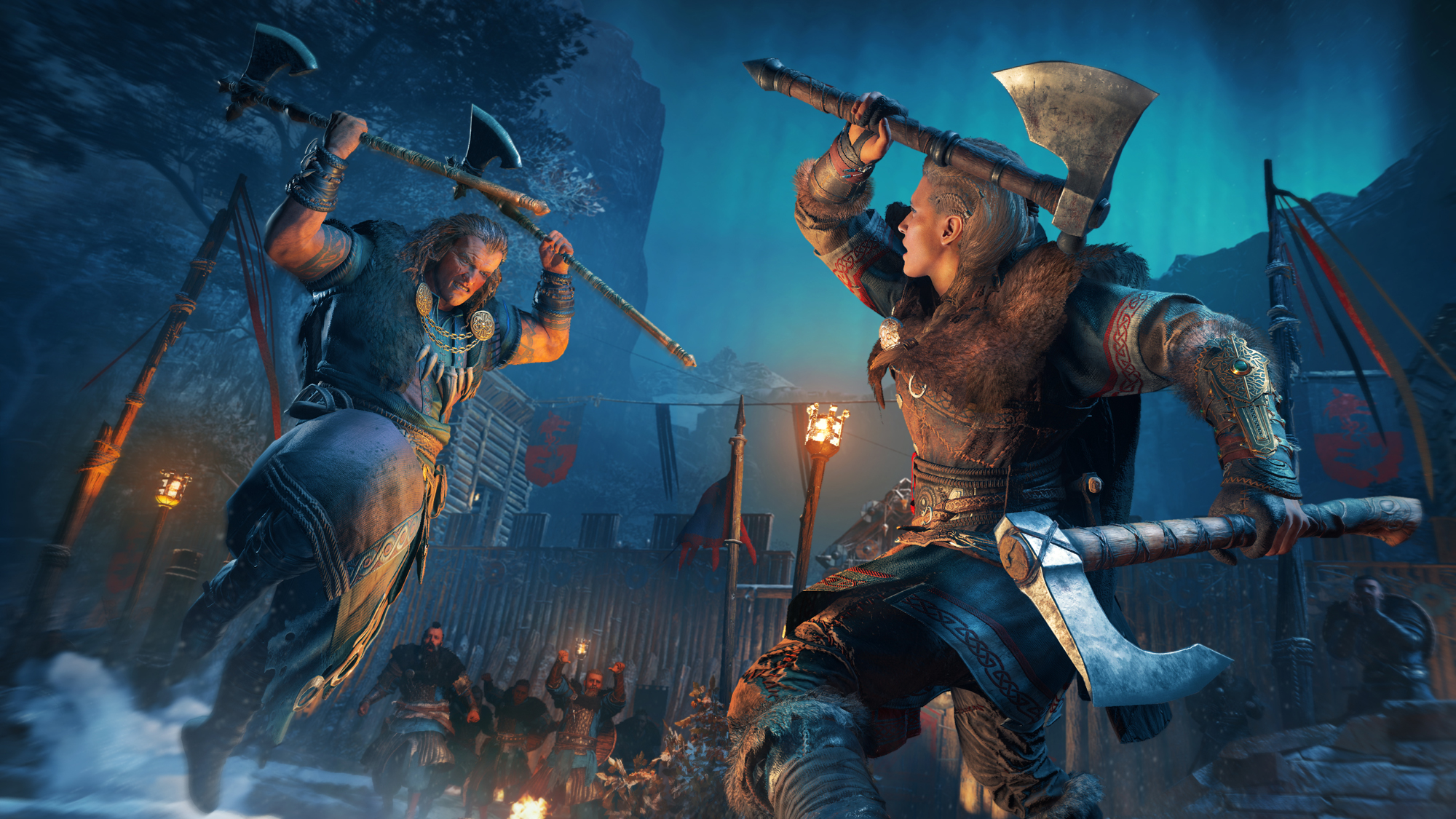 But if you’re lukewarm toward or not really a fan of the series, Valhalla probably won’t sway you to like it. Valhalla knows what it is and knows what it needs to do well to succeed in the eyes of Assassin’s Creed fans.

So if you’re looking for a game with an immersive world, beautiful scenery, a cool story, and, of course, Viking shit, then you’ll have a good time with Assassin’s Creed Valhalla. 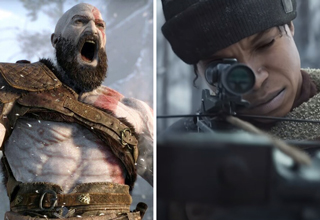 NEXT ARTICLE Which Has Better Exclusives, PS5 or XBox Series X? 20 Titles to Consider