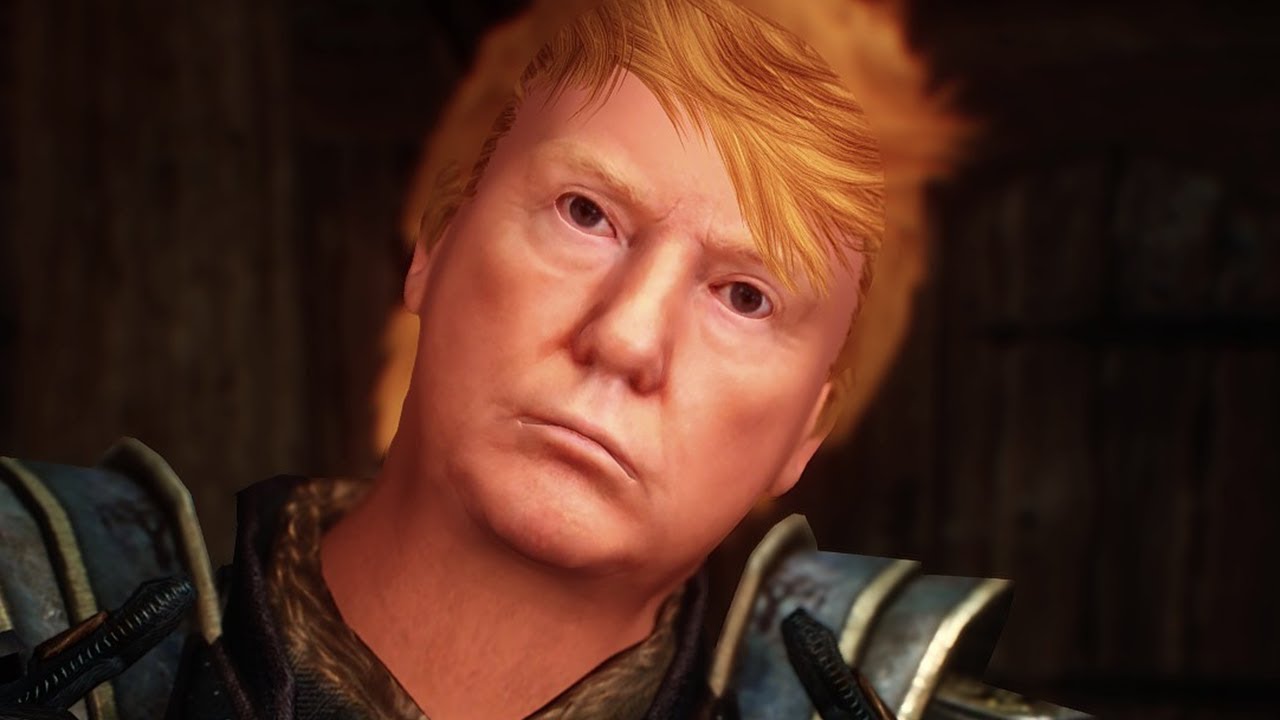 A political war has been waging among video game modders, but now it's being put on hold until after the next U.S. presidential inauguration. 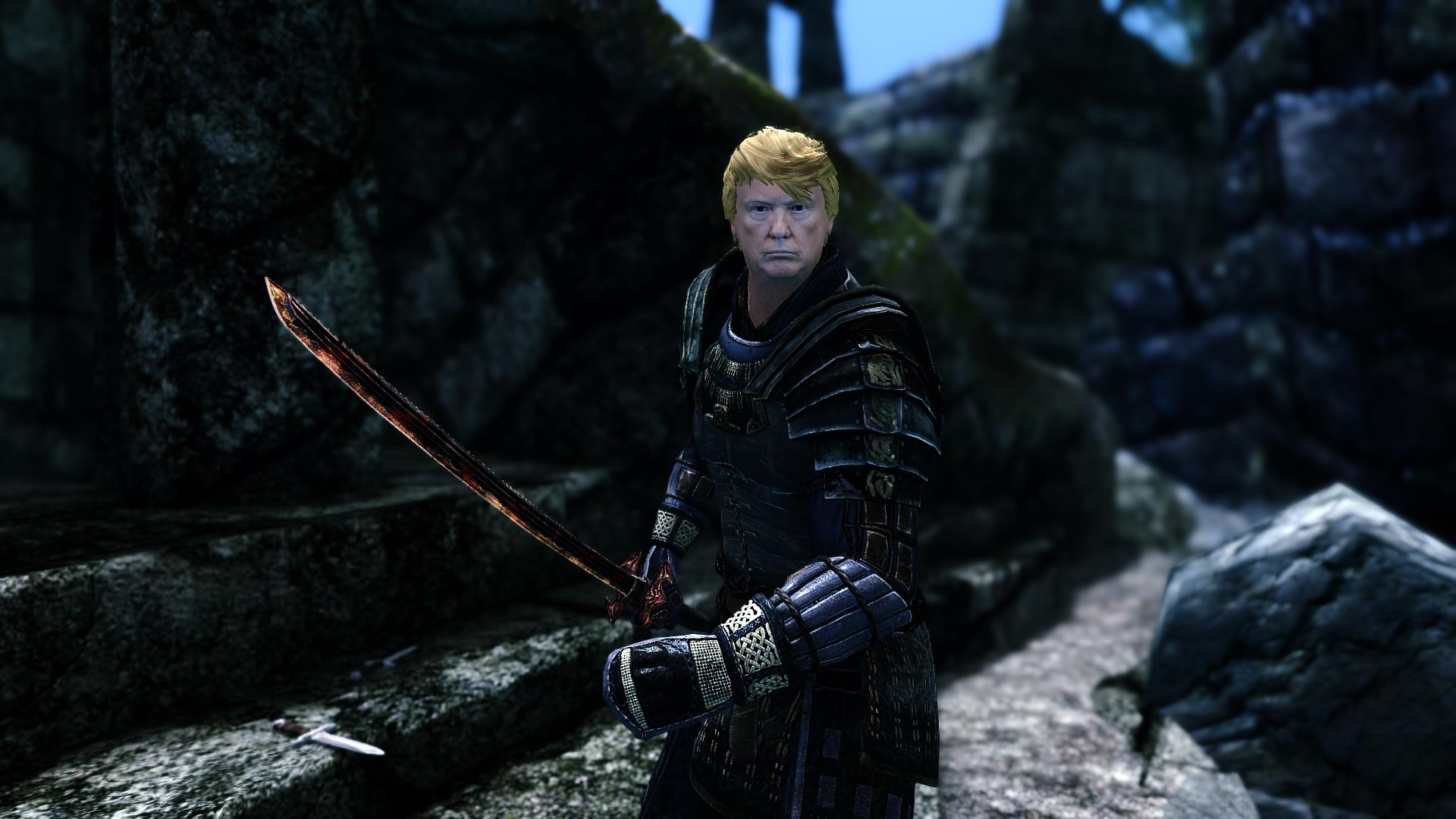 The site is known mainly for its Elder Scrolls and Fallout mods, and many gamers find the community to be a valuable place.

However, some users have been developing lazy facist mods for Fallout 4, adding “thin blue line” flags to the game and replacing raiders with Black Lives Matter and antifa "rioters." 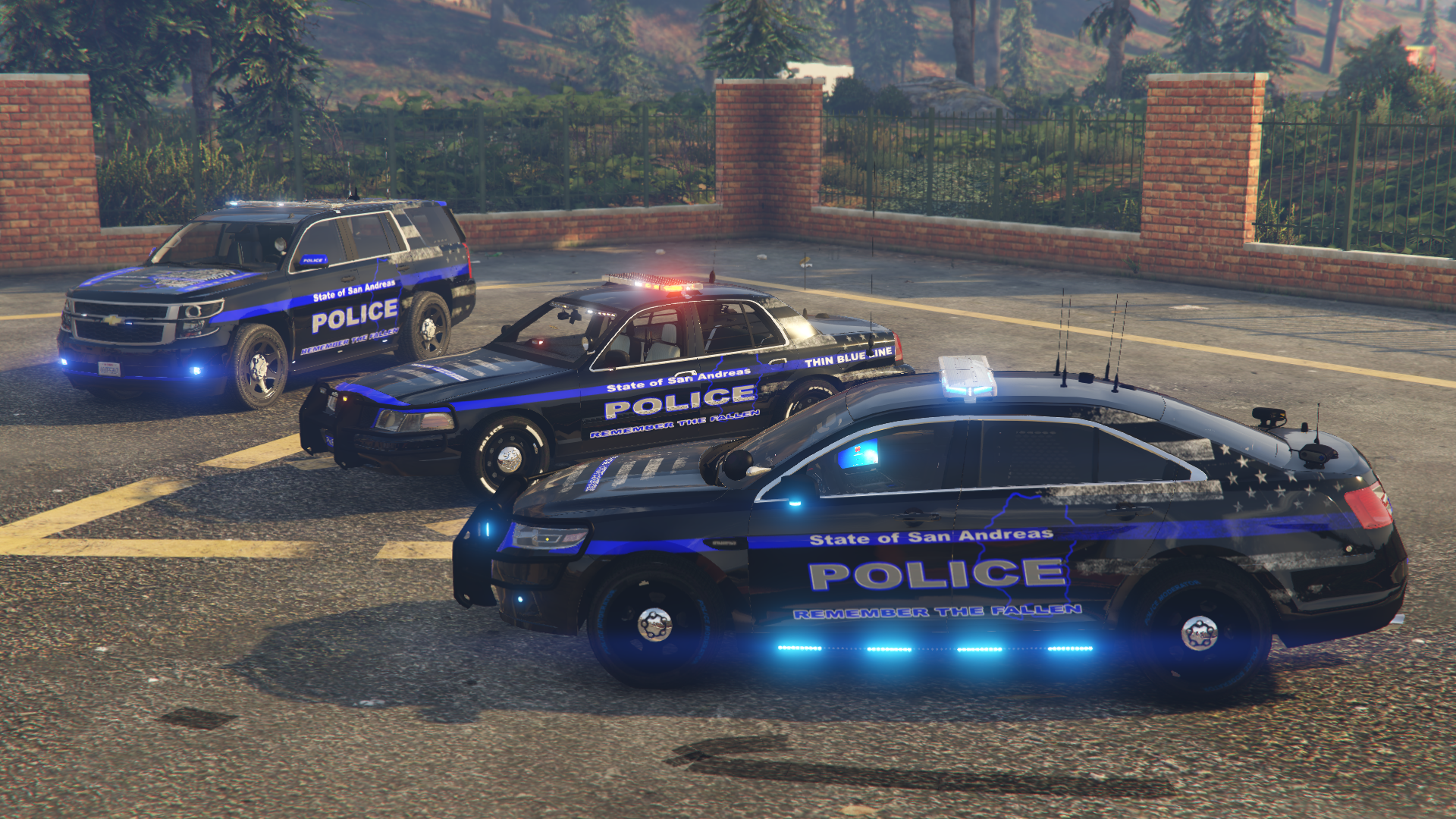 At the same time, other users have uploaded imagery calling for Donald Trump to be arrested.

Not wanting to deal with this infighting, Nexus Mods' owner and founder Robin “Dark0ne” Scott banned all political mods until further notice. 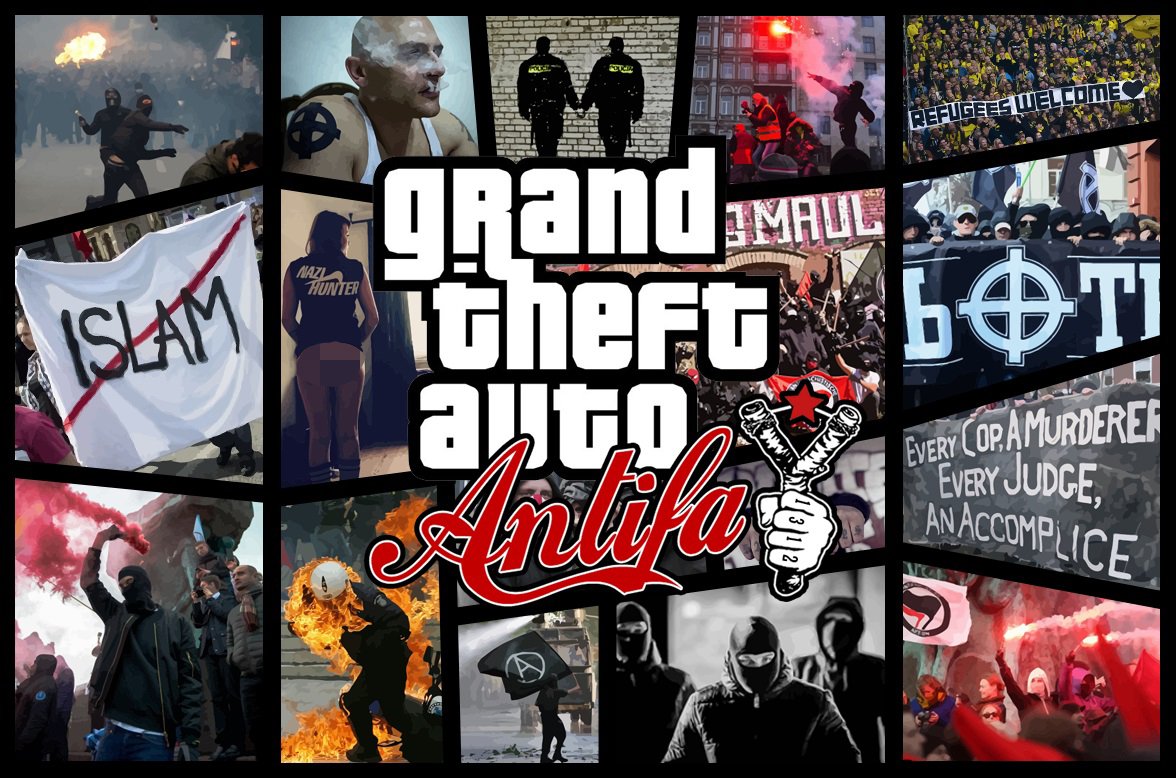 "Considering the low quality of the mods being uploaded, the polarizing views they express, and the fact that a small but vocal contingent of our users are seemingly not intelligent or grown up enough to be able to debate the issues without resorting to name calling and baseless accusations...we've decided to wipe our hands clean of this mess." 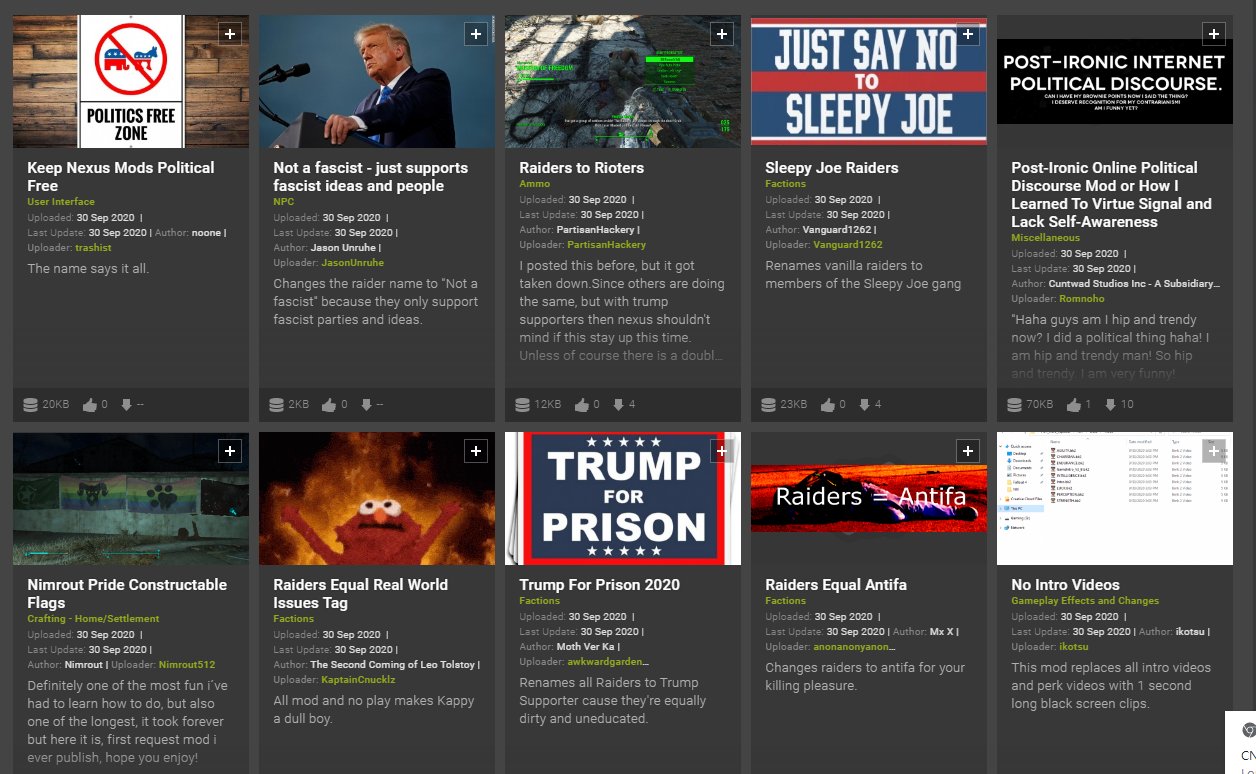 Scott urged his community to ignore these mods, saying, “Your engagement will only fuel the idiots further. Smile and be happy in the knowledge the time it took them to make an account on the site and upload their mod is a lot longer than it takes for us to ban the account and delete the mod." 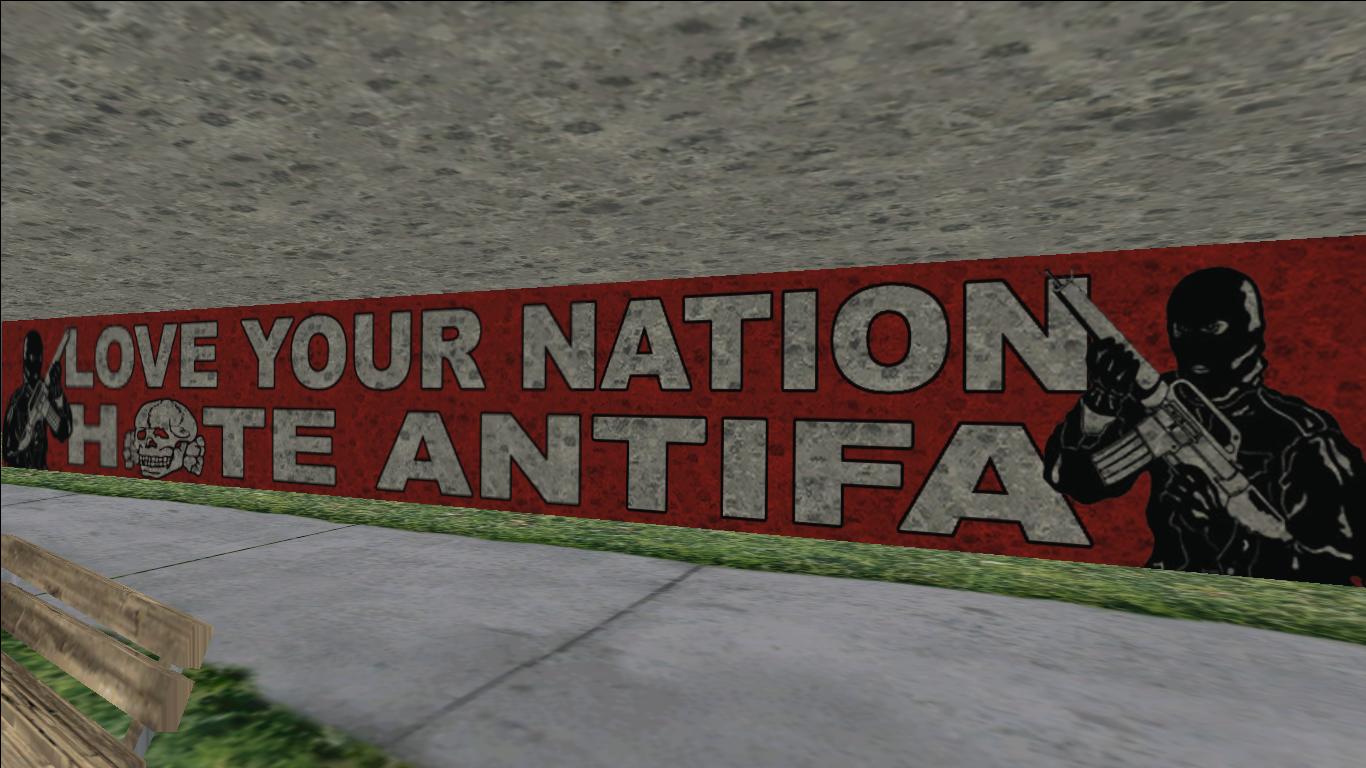 While some users on the Fallout, PC Gaming, and Gaming subreddits are seemingly unhappy with the ban, the majority are in favor.

One user said “there is basically almost no feasible way those mods could add anything valuable to any of those games anyway”. 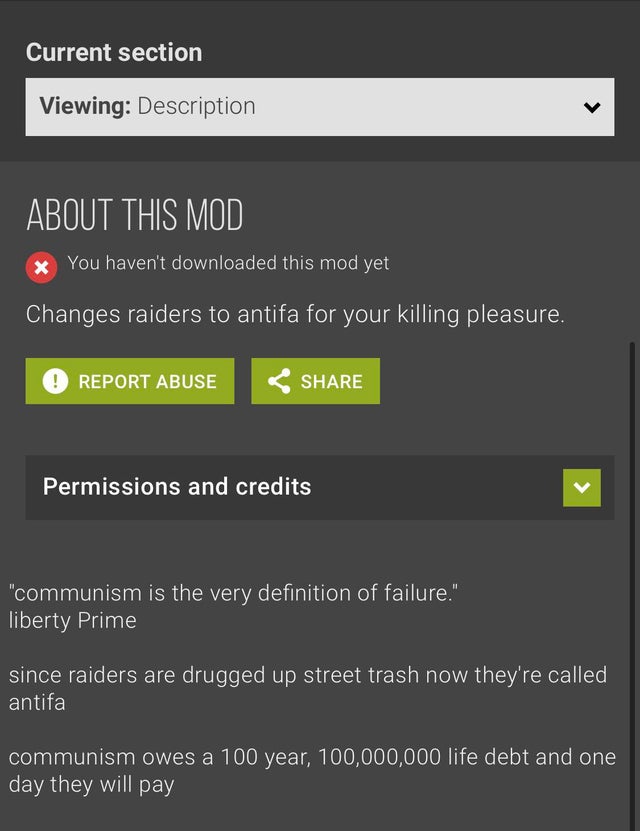 “We do not care how this looks," Scott said. "Do what you want on other sites or services, we care nothing for it here.”

Y'all: "Keep politics out of games"

After the inauguration in January, the ban will be reviewed and Scott will decide whether to allow political mods back on the site.

In the meantime, the people upset about not being able to bring politics into the video games they play in order to escape politics will have to try to gain a few braincells worth of common sense. 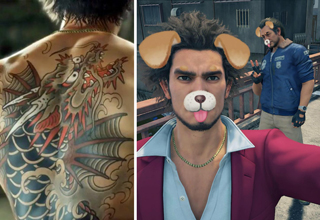