Yesterday, during the PlayStation showcase a number of highly anticipated titles were shown and or teased, but one trailer, in particular, has sparked debate among gamers.

God of War: Ragnarok was the big game of the day, and while the trailer didn't give us a glimpse of Thor the God of Thunder, we were lucky enough to get some art showing what he'll look like when he finally does appear. And well, some people were a little bummed.

If you haven't seen the trailer, go watch it and come back, it's worth it. Now that you've done that, let's look at what people are saying.

The big-brain chuds seem upset that Thor isn't a muscled-up God, but instead is a food-loving, keg drinking Norse dube-bro. Example one below. 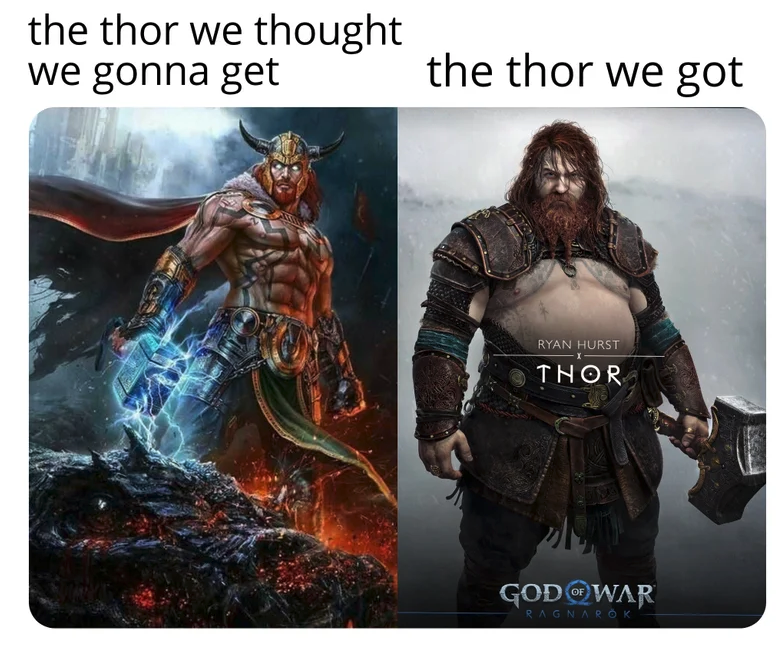 And while wanting something from a game that you didn't get is peak gamer mentality, being upset over this depiction of Thor is pretty pathetic and shows how little people know about what 'strong men' actually look like. 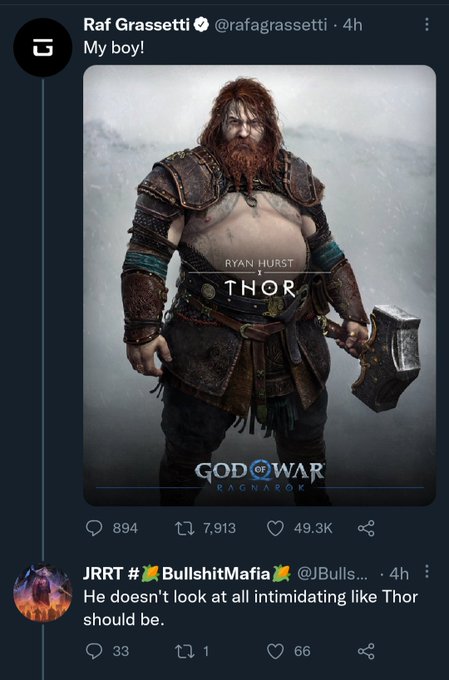 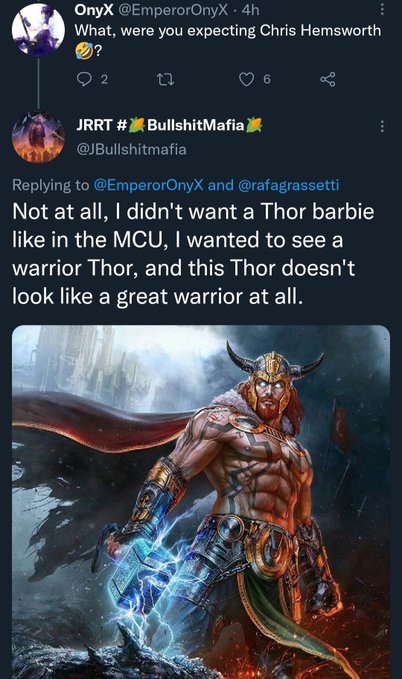 Don't get me wrong, people are entitled to what they want, but in this case, our boy is really setting his standards high. Saying Thor "doesn't look like a great warrior" isn't just silly, it's wrong. And many people have taken 'fat' Thor's side in this debate, using real-world examples to show that just because you're a little fat, that doesn't mean you can't be a warrior.

People upset about Thor's belly in God of War are just showing their ignorance and fatphobia.

Bodybuilders are typically at their weakest at competitions bc they're dehydrated af.

The reality is in fact just the opposite. Let me ask you this. Have you ever seen a skinny, strong man? Probably not. And that's because strongmen, the real strongmen are usually kind of fat.

That’s literally Thor.
Top to bottom, that’s the single-handedly most accurate depiction I’ve seen of him in any movie or game.

His gaze. His red hair. His appetite.
It’s literally all there, but mfs stay wanting a renaissance greco-fied image of a Norse God. pic.twitter.com/e0xzfCx4X6

So for the sake of authenticity, we should be thanking the devs, not chastising them for going off-script. Honestly, it's a pretty silly debate, but for the sake of transparency, we think this version of Thor is the best we've seen, both in games, comics, and movies. The time of fat Thor is now! 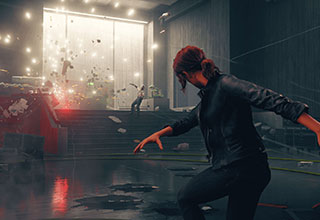 NEXT ARTICLE Control is Too Damn Good to be So Bad