The long-awaited Harbinger activity has arrived in Destiny 2!

By completing this challenging mission, players will receive new versions of the Hawkmoon hand cannon with randomized rolls and the Hawkmoon Catalyst, giving the opportunity to improve what’s already a strong weapon.

Players can also finally complete the final two Triumphs to get their Warden title, commemorating their perseverance during the Season of the Hunt.

If you want to know how to complete the Harbinger activity and get the new Hawkmoon gun, here's a guide to show you how.

Before You Start (Birds of Prey)

The Harbinger mission is extremely challenging and recommends a 1270 Power level, though players who are 1260 Power and above should have no trouble surviving the activity. (I was 1265 when doing this.)

The game doesn’t tell you beforehand, but you will encounter Unstoppable Champions during Harbinger and thus you’ll need to have the necessary mods equipped to stun them.

It also seems like Blackout (no radar, enemy melees do more damage) and Match Game (enemy shields are ultra-resistant to non-matching elemental effects) are on, meaning you’ll no doubt be juggling weapons to bring these enemies down. 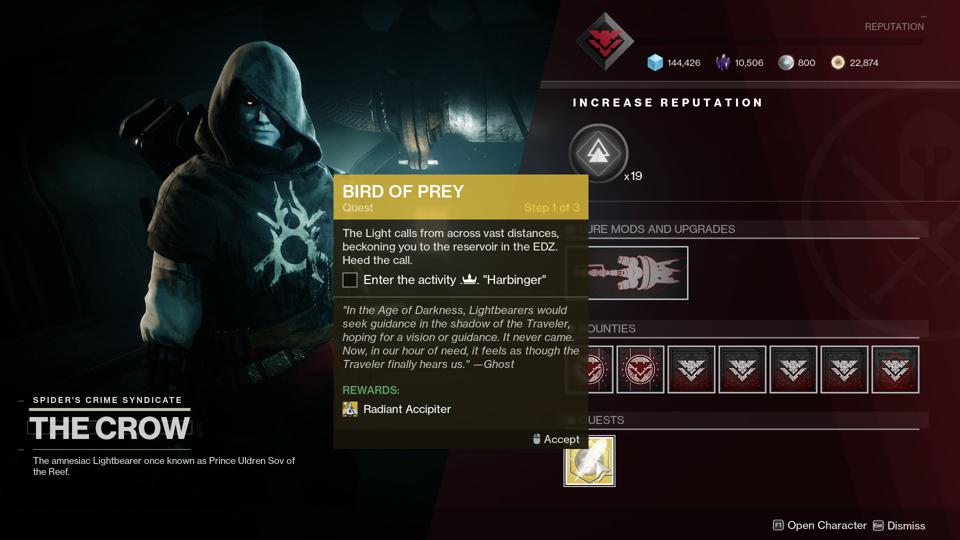 Before getting started, make sure to go visit The Crow and pick up the Exotic Quest “Birds of Prey.” This will task you with getting 10 “Feathers of Light.”

Completing the quest unlocks an Exotic ship, the “Radiant Accipiter.” You can find the feathers all throughout this encounter and by completing objectives.

How to Start The Harbinger Activity

To get started, head to the EDZ and zone in at the Trostland. From there, make your way toward The Reservoir but stop and turn left to see this opening in the wall.

Slide down here and traverse your way through the maze until you see a laptop-looking piece of tech. From here, jump up and make your way outside.

There will be a lone Taken out here so dispatch it quickly and make your way up to where it was standing. Now, you’ll want to take a leap of faith toward the dam and onto a solid branch that is sticking out.

I did my best here to show you where the branch is in relation to where you jumped from. If you're having trouble maneuvering, equip a sword like I did. It'll make it easier to see what you're doing.

Now, you’ll have to make another leap of faith toward these openings in the dam. Once you make it, you can walk to the right across the bottom and head up the two ledges until you come across a rusted platform.

It’s under this rusted platform where you’ll find an opening. Head inside, traverse the hallway, and be ready to fight once you enter the next room.

There are three Emissaries of Savathun you’ll need to defeat before progressing. Each comes with at least one Void-shielded Taken Acolyte and a group of Taken Goblins, there to make your life a bit harder.

Above you will be annoying Taken Vandals who will enjoy sniping you, no doubt as you make your way towards cover with a sliver of health left. You may want to take these suckers out before fighting any of the Emissaries. 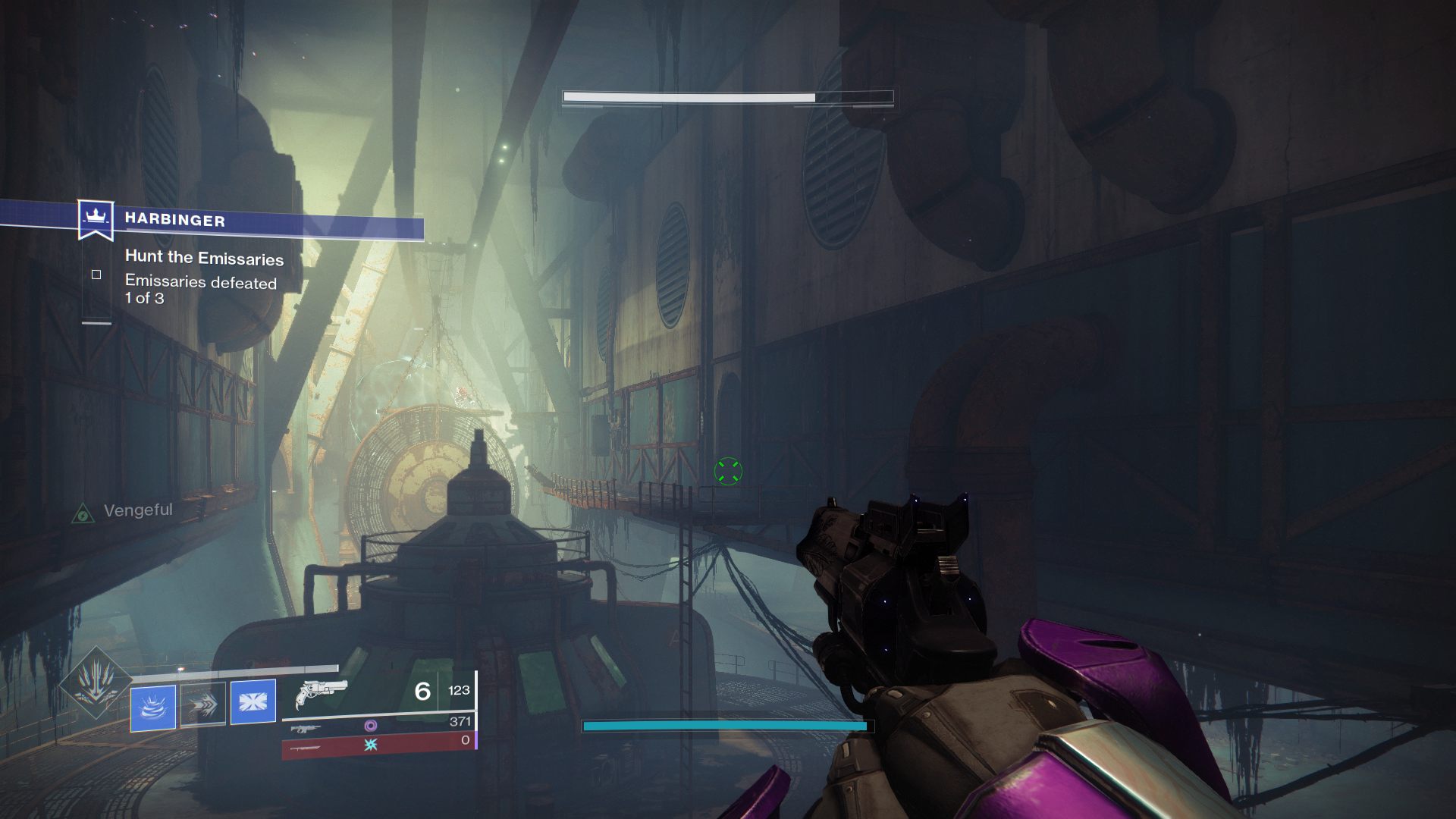 Once you enter the room, you’ll see the first Emissary, a Taken Wizard. Use your Void weapons to clear the surrounding trash and whittle its health down.

At about half health, the Wizard will put up an impenetrable shield and teleport away. Look up to the rafters and you’ll see a hallway blocked off by Taken substance (and a Taken Vandal working the door.)

Head here, shoot the substance with your Hawkmoon, travel down the hallway, and confront the Taken Wizard in the backroom. Make sure to have your Void weapons out for this as it’ll have a Taken Acolyte in the room as well.

Next is a Taken Centurion, cloaked in an Arc shield. It’ll have the same grouping of trash around it, so dispatch it the same way.

Once you get it to half health, look up and you’ll see a similar hallway guarded by Taken goo and a Taken Vandal. Knock it down with your Hawkmoon, head in and you’ll be approached by a fork in the hallway.

To the left are some conveniently-placed Goblins. Kill them before heading right and fighting the Centurion. I never even entered the Centurion room until it was defeated and I suggest you do the same.

Take down the Centurion with its accompanying Psions, Acolyte, and lone Vandal (again placed to snipe you unsuspectingly) and move onto your final foe. 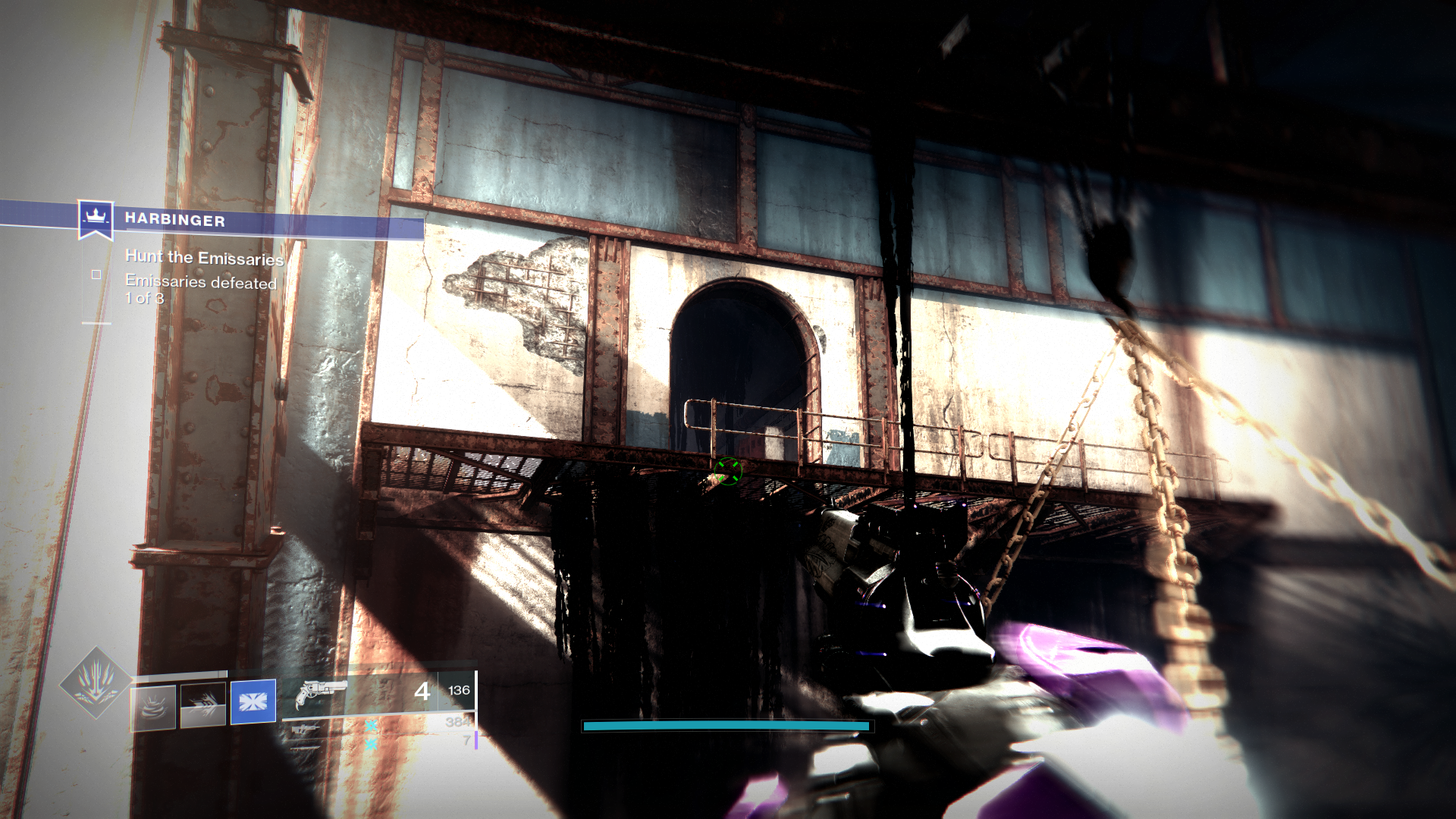 Lastly, you’ll have to defeat a Taken Captain, clad in a Solar shield. Rinse and repeat like you did for the last two Emissaries. Once you chase it upstairs, you’ll have to deal with a Taken Wizard, a Taken Acolyte, Taken Goblins, and the Captain.

Use your Void weapons to clear the trash, then use your Solar gear to make short work of the Captain. 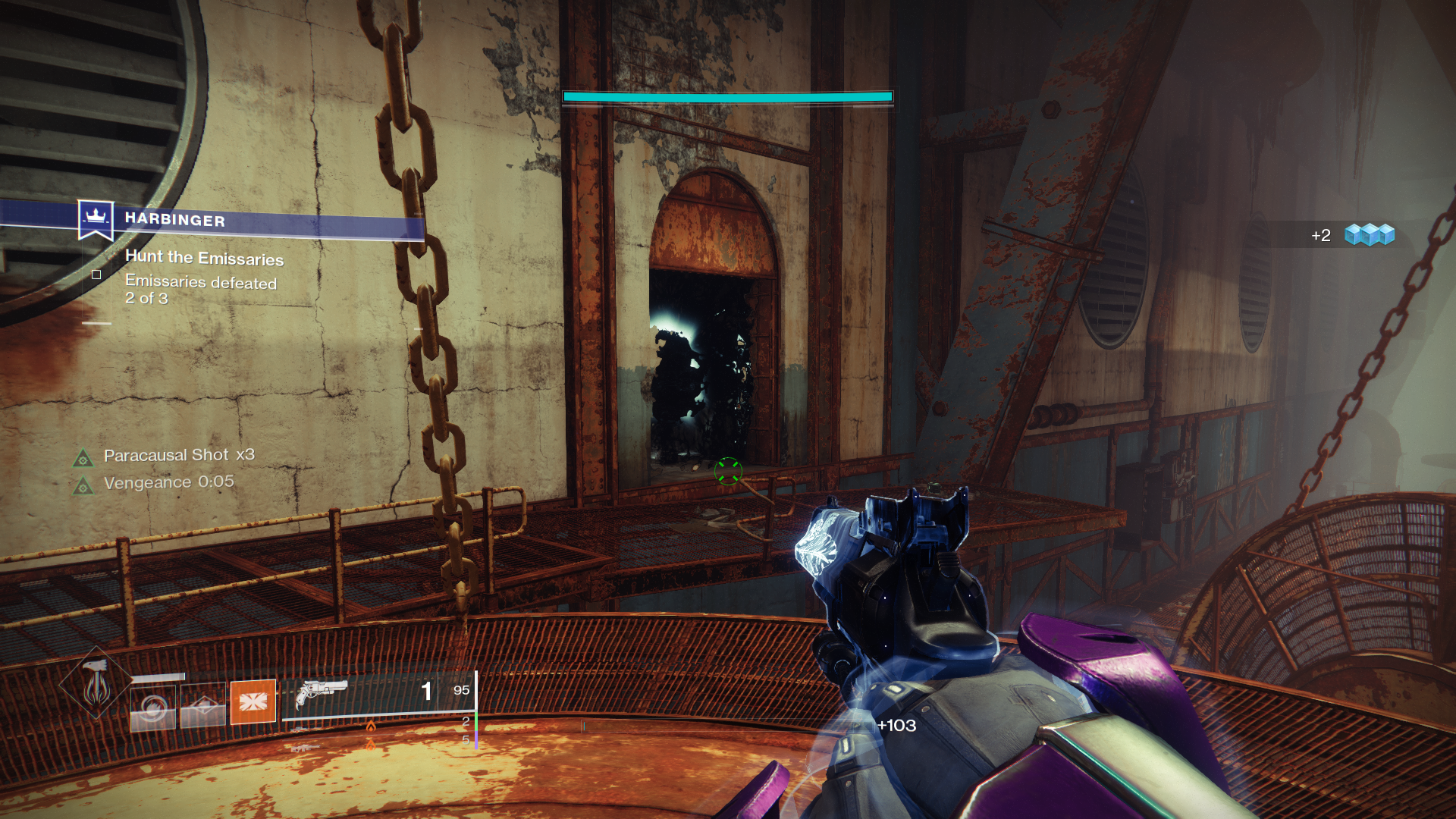 Once this is completed, the game will prompt you to “Follow the Hawk'' and spawn a Taken Phalanx.

Head back to the main room, then find the Phalanx, kill it, shoot through the Taken ooze and head down the hallway to the boss room. 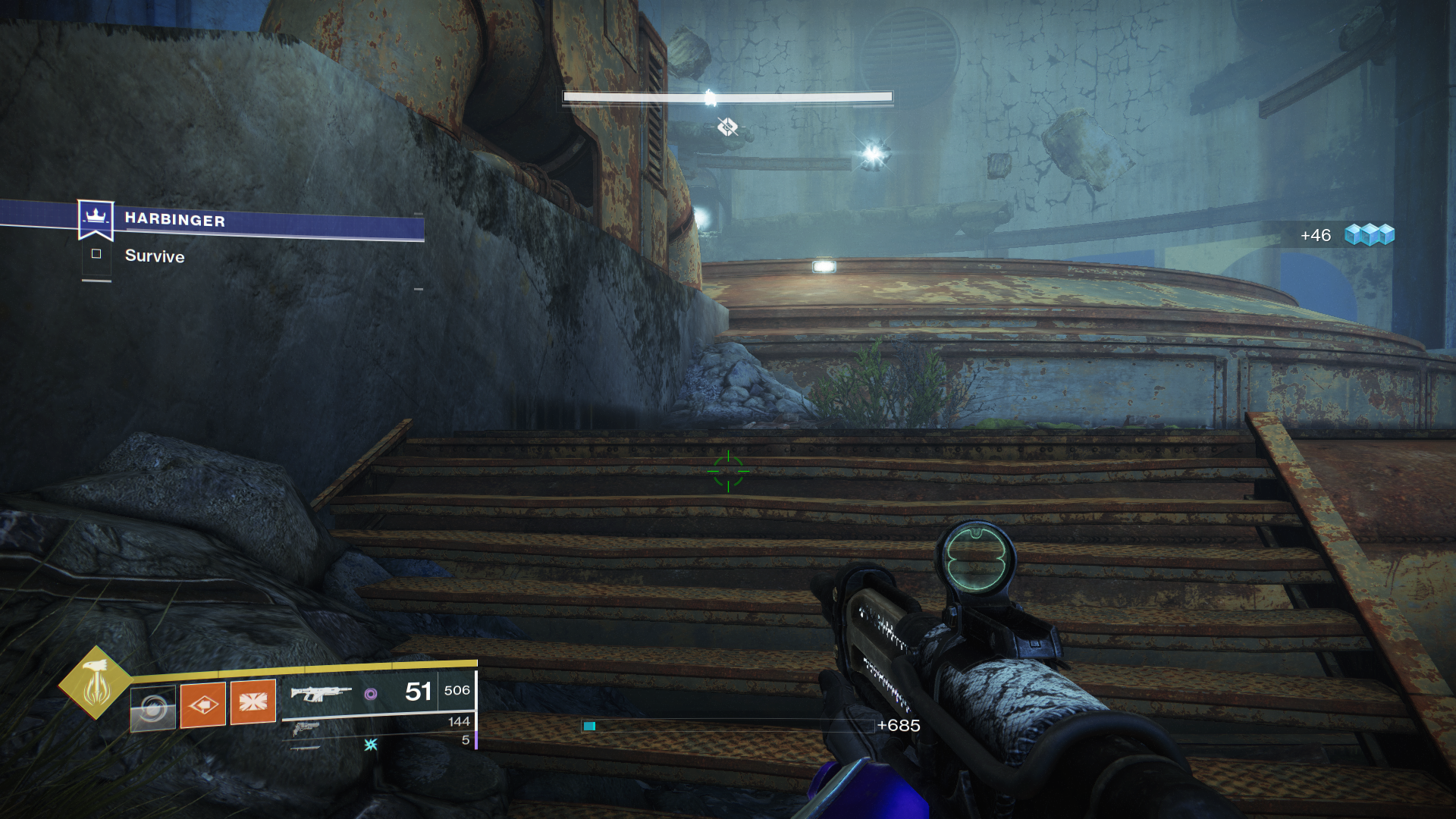 Once you enter the all-too-familiar boss room, you’ll be tasked with one simple goal: survive the onslaught of Taken.

The encounter is easy enough though you will find your first Unstoppable Phalanx here. Once you clear all waves, a chest will spawn, full of feathers for your Exotic quest, but you’re not done yet!

Head up toward the upper right-hand corner of the area, shoot down the Taken barrier, and walk into the portal.

You’ll then spawn into the same area where you got your first Hawkmoon. The rest of the quest will go just like last time. Traverse the jumping puzzle, mind those damn Taken blasters, and keep clearing adds as you make your way towards the boss room.

You’ll encounter another Unstoppable Champion en route to the boss room, so make sure you’re prepared for that.

Once you get to the boss room, you’ll be treated to a more challenging version of the original encounter. You’ll be tasked with not just defeating the Knight Boss but also Void-shielded Acolytes and Solar-shielded Knights.

It’s imperative to have a Solar and a Void weapon for this encounter. Other than that, it’s the same fight as last time. 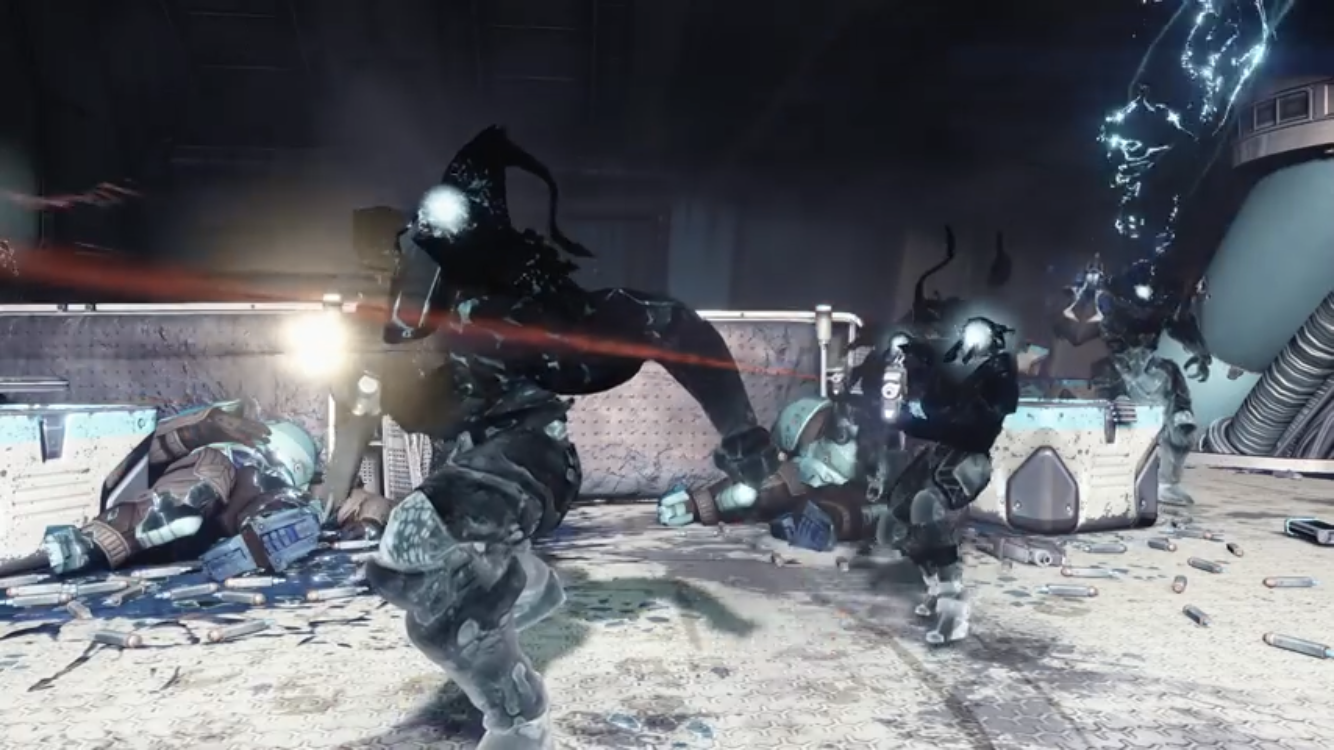 Once you defeat the boss, the final chest will spawn, containing two Hawkmoons with random rolls as well as the Catalyst. You’ll also be able to start the Harbinger quest from the map screen. 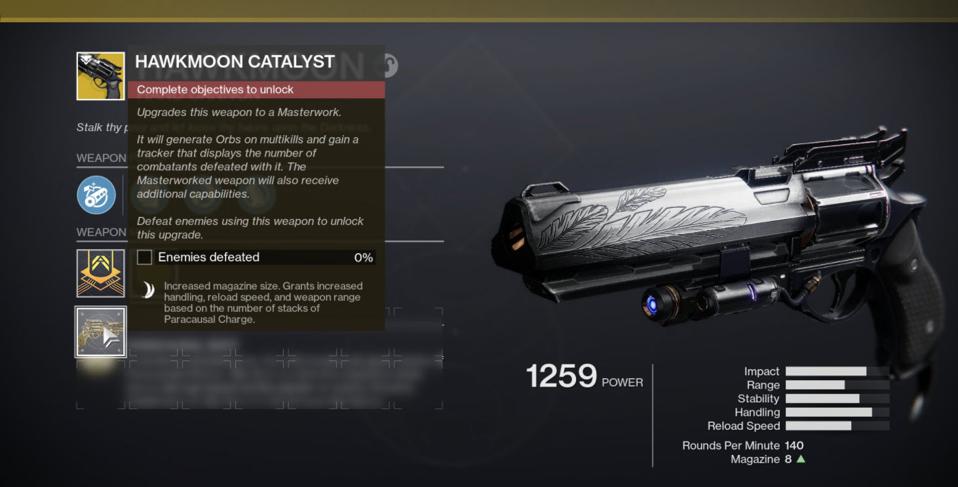 May all your rolls be godly. If you have any tips or tricks to make this quest even easier, feel free to send them our way. 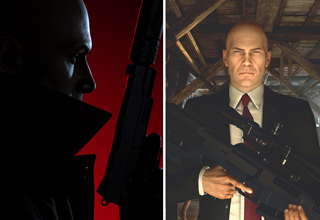