Feeling the pressure to maintain relevancy in the light of Sony's and Microsoft's dominating consoles, Nintendo released some stupid, pandering ads starring a celebrity no one is obligated to admire: Brie Larson.

These two videos, in which Brie tries to convince us she legitimately enjoys playing video games in her free time, aren't fooling anyone, and their comment sections quickly became cesspools for a lot of trolling, joking, and roasting.

If you look at the dislike to like ratio of these videos, they're also well on their way to getting fully ratio'd.

Most of these commenters are pissed at Nintendo for partnering with a phony like Brie Larson because of a statement she made a last year about not caring what "40 year-old white dudes" think about movies. 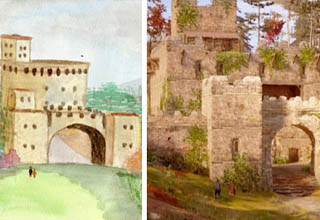