It seems Nintendo has a cactus scandal on their hands. New images have come out of Super Nintendo World, Nintendo’s first-ever theme park, which had its grand opening just last week.

Fans have noticed that the cacti are actually just rip-offs from the fan game “New Super Mario Bros. Wii.” Take a look at the comparisons below.

Wow. I actually think Super Nintendo World's designers used art from Newer Super Mario Bros. Wii (a NSMBW mod) as a reference for their cacti. They have a somewhat distinct shape, were made specifically for Newer, and show up when you Google "New Super Mario Bros. Wii cactus". pic.twitter.com/CWrHiXCsj3

It is a joy to see Nintendo make a simple mistake like this, as they have been vicious with not allowing their IP to be altered in any capacity.

Nintendo has a nasty history in stomping out any fan modding of their games, a recent example being the company shutting down an online Super Smash Bros Melee tournament for using mods. This is what makes this slip up so sweet: it is clear Nintendo stole something from their own community of modders, which they attempt to squish with every last decision.

No no no Meatball, they're using a different flower color. That's completely a different design. (Is a Joke.)

This is not the first time Nintendo has done something like this. Just last week, an artist claimed Nintendo stole his fan art model of Mario for their theme parks official website.

If Nintendo is going to continue to steal from its community, we should be allowed to mod whatever we want without the risk of a lawsuit. Let's hope that Nintendo doesn't realize this mistake, so we can enjoy the cactus as a monument of fan achievement. 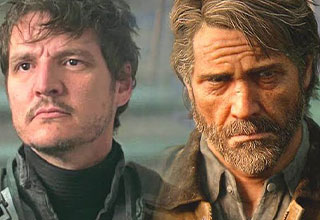