23-year-old Trevor Rainbolt isn't a genius, nor is he gifted with some special powers that the rest of us lack. He's just very, very dedicated to becoming the world's best GeoGuessr player.

GeoGuessr, which we've written about in the past, is a game that uses Google Maps to generate images which allows players to guess where in the world they are. If you haven't played we suggest you check it out.

Trevor who goes by GeoRainbolt online has amassed 600k followers on TikTok where he posts highlights from his GeoGussing rounds. And as you would expect, they are very impressive. His videos have received millions of views and most recently he streamed with Ludwig, where the two held a bro vs pro GeoGusser competition.

Over the last few months, Trevor has grown his following substantially. He gained over 200k followers in that time and was recently interviewed by NPR and FOX 13.

But the video that really helped spread his talents was a TikTok edit, where he stitched himself into a video of a woman asking, "have you ever gotten a Snapchat from a girl?" To which he responded, "No" before hurridly guessing the location of an image in GeoGusser. The video went sorta viral on the app and introduced many people to his page.

Which, is full of clips of him guessing locations on Google Earth in a number of difficult ways. In one video he only uses pictures of sand to guess which country he is in. In others, he only uses half the images. And still, in another, he uses half images that have been pixelated which he only views for one second.

Rainbolt even has a video where he guesses his location while blindfolded, only relying on a partner who is describing the images to him. To say this is a unique talent is an understatement. So how does he do it? Well, when talking to NPR he said there are a few main things you need to learn if you want to achieve this level of GeoGussing. 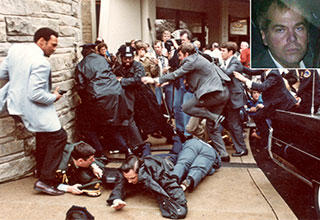