When you want to take a break from the seriousness of raiding and building your settlement in Assassin's Creed Valhalla, become a master of the village games, Orlog and Flyting.

With the help of a few tips to victory, you can be a minigame champion and collect a trophy achievement as a reward. 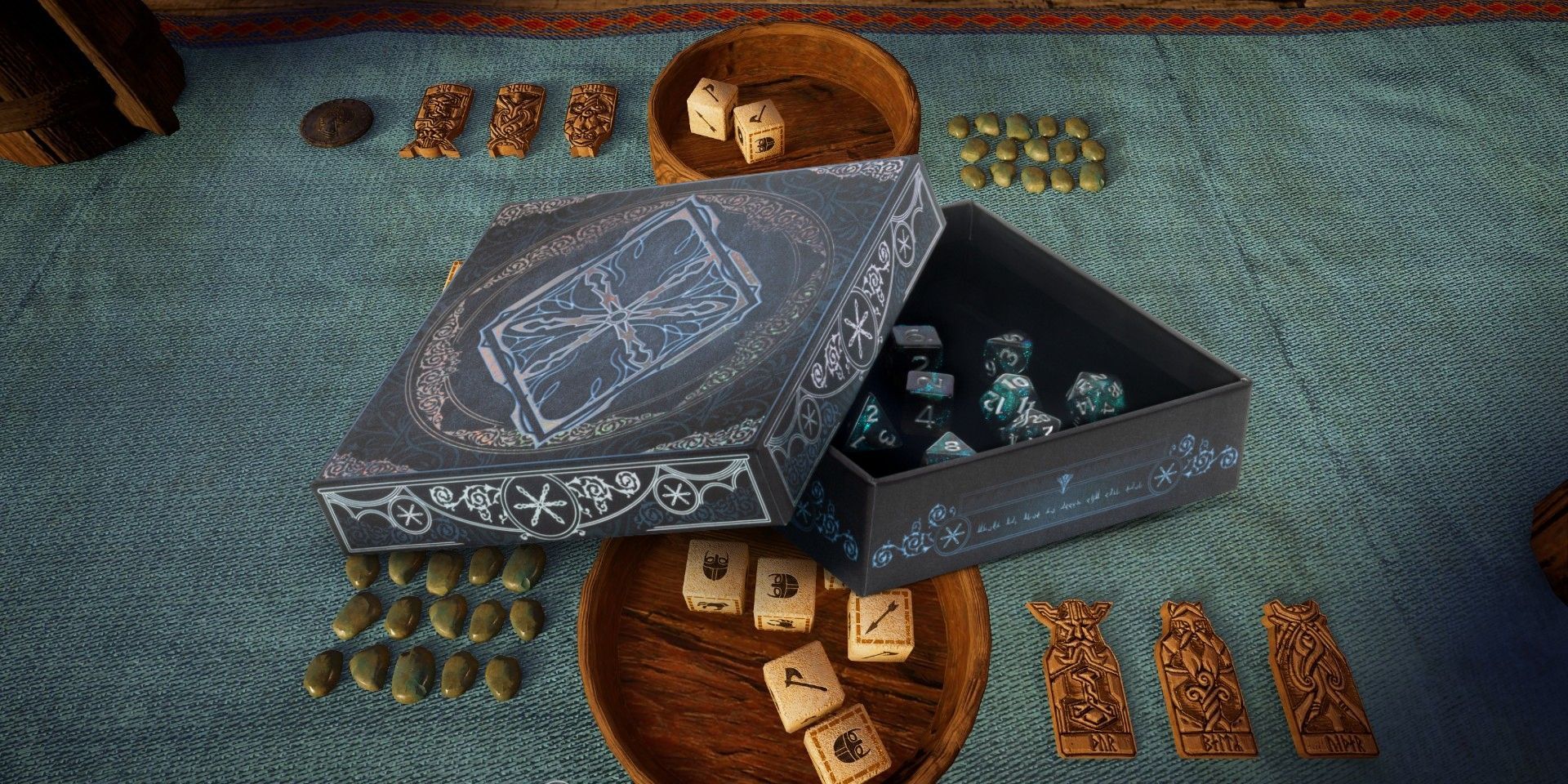 The goal of Orlog is to defeat your opponent by wiping out all of their 15 health points, which are the little stones placed next to the dice bowls.

Each player has six dice and after each roll you choose the dice you wish to keep, then re-roll the dice you don't keep.

The other player then takes their turn. Each player does this three times, then they can use a God Favor.

The actions and reactions of each dice and God Favors are then tallied up in the order they were played. If each player still has health points left at the end of each resolution phase, another round begins. 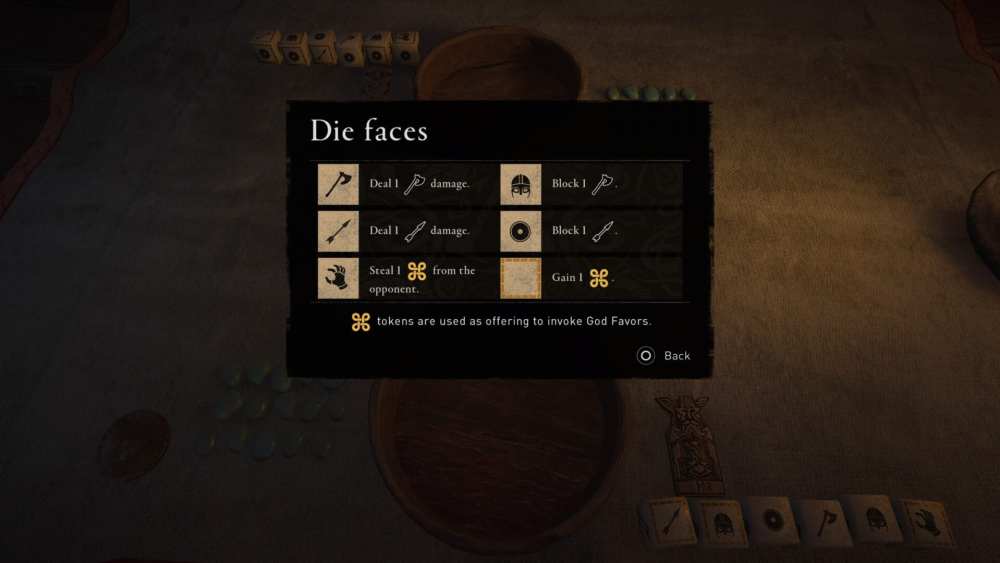 The faces of the dice display five different symbols that each count for one damage or block point. The axe and the arrow deal damage, while the helmet and the shield block damage, and the hand allows you to steal a God Token from your opponent.

The dice that are outlined with dotted lines are God Tokens, and they are needed to buy God Favors.

There are five different God Favors that do the following:

— Skadi's Hunt: Add arrows to match each arrow that has been rolled 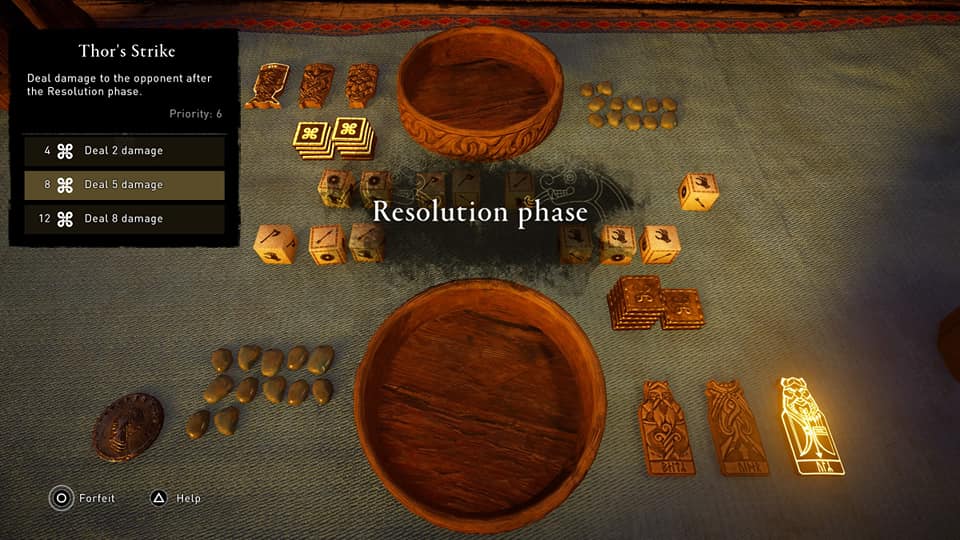 Your winning strategy depends on how your opponent is playing.

If your opponent is hell-bent on collecting God Tokens, start collecting dice with the hand to steal them away. But if they keep choosing the Idun's Rejuvenation God Favor, focus on collecting axe dice and counter them with the Vidar's Might God Favor to remove the helmets they were forced to play because of your axes.

Take more health than they can heal, then bury them with Thor's Strike. 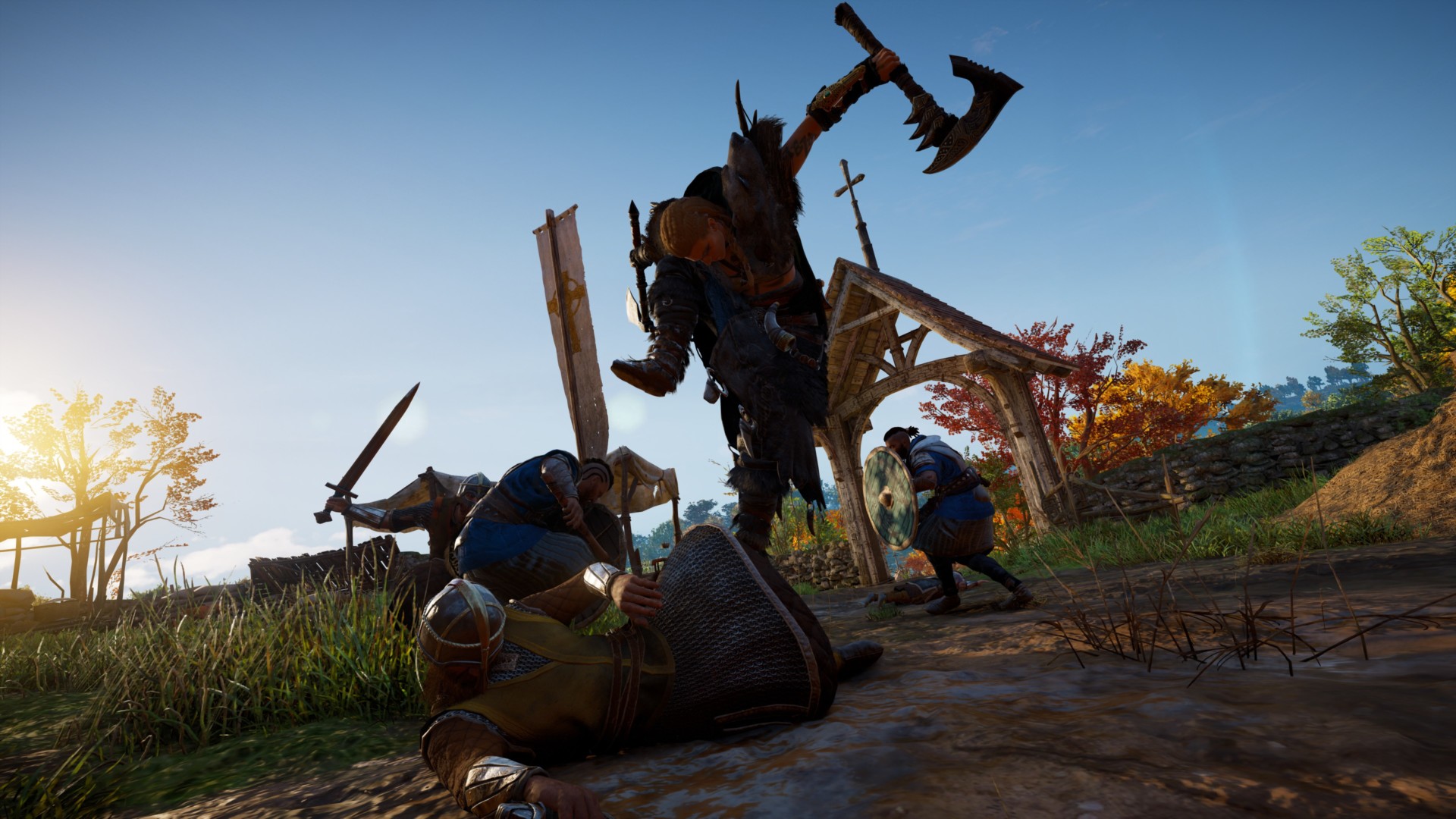 Always choose Thor's Strike—which deals the most damage—and Idun's Rejuvenation—which does the most healing. Those are the obvious choices, but feel free to play around with the other God Favors once you're more experienced.

If you've been on the offensive side, focusing on keeping your health points intact while slowly diminishing your opponent's health, switch your playstyle and end the game in full Berserker mode with all damage dealing dice and Thor's Strike.

I never could fully get into the card game Gwent from The Witcher 3: Wild Hunt, but once you get the hang of this perpetually entertaining minigame I promise you’ll track down every Orlog player on your map. 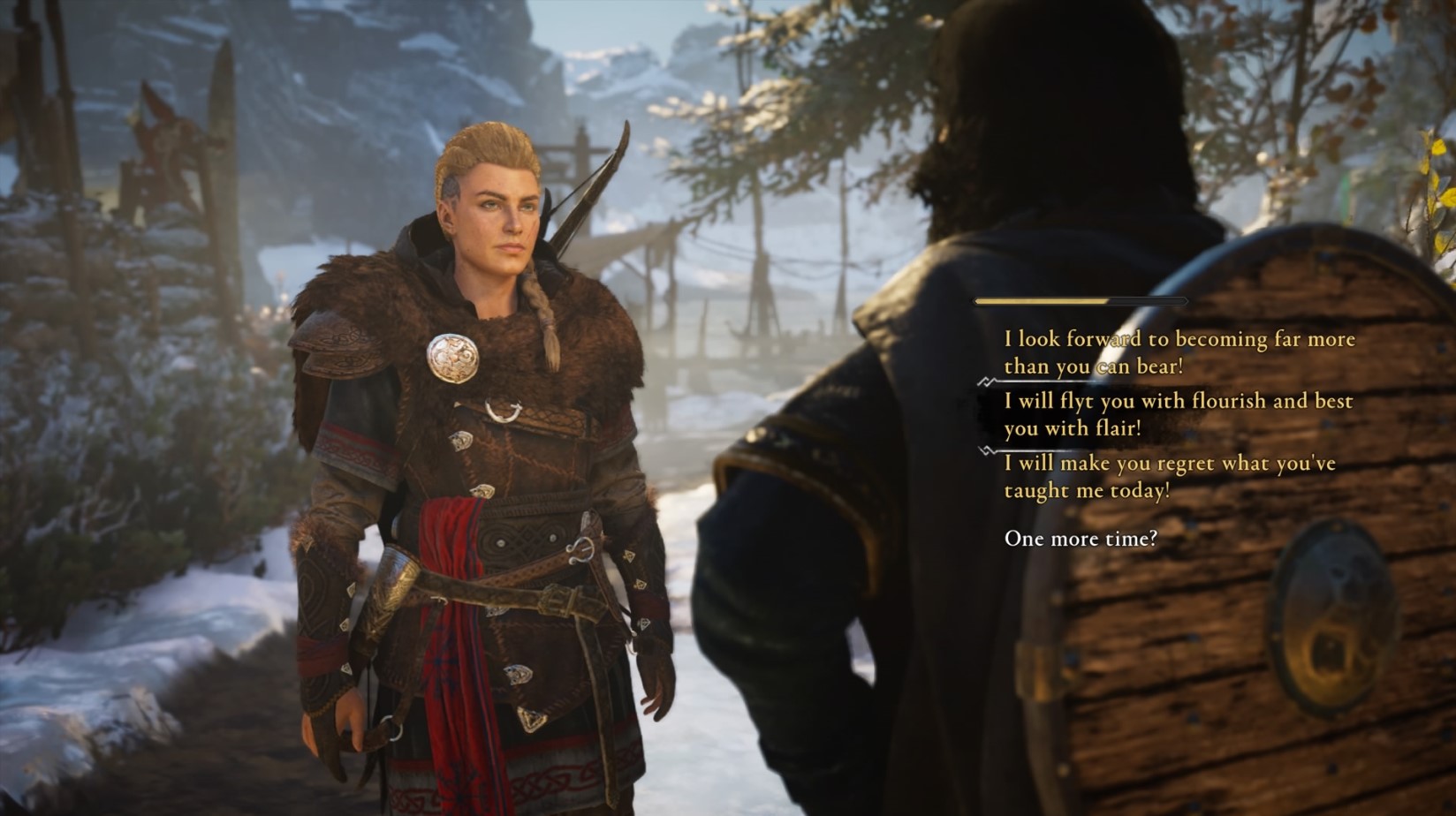 Although Flyting is not as complex and addicting as Orlog, it's a fun way to earn a bit of silver and boost your Charisma.

If you stumble across someone on your way through the villages with the option to speak and they just start going in on you like you're in an old school ribbing session, then you’ve entered Flyting territory.

The theatre mask icon on your map is a good way to tell, too.

To succeed at Flyting, you need to insult your opponent with wit, humor, and rhythm. Most of the answer choices seem witty enough, but here are a few tips to help you choose the correct ones. 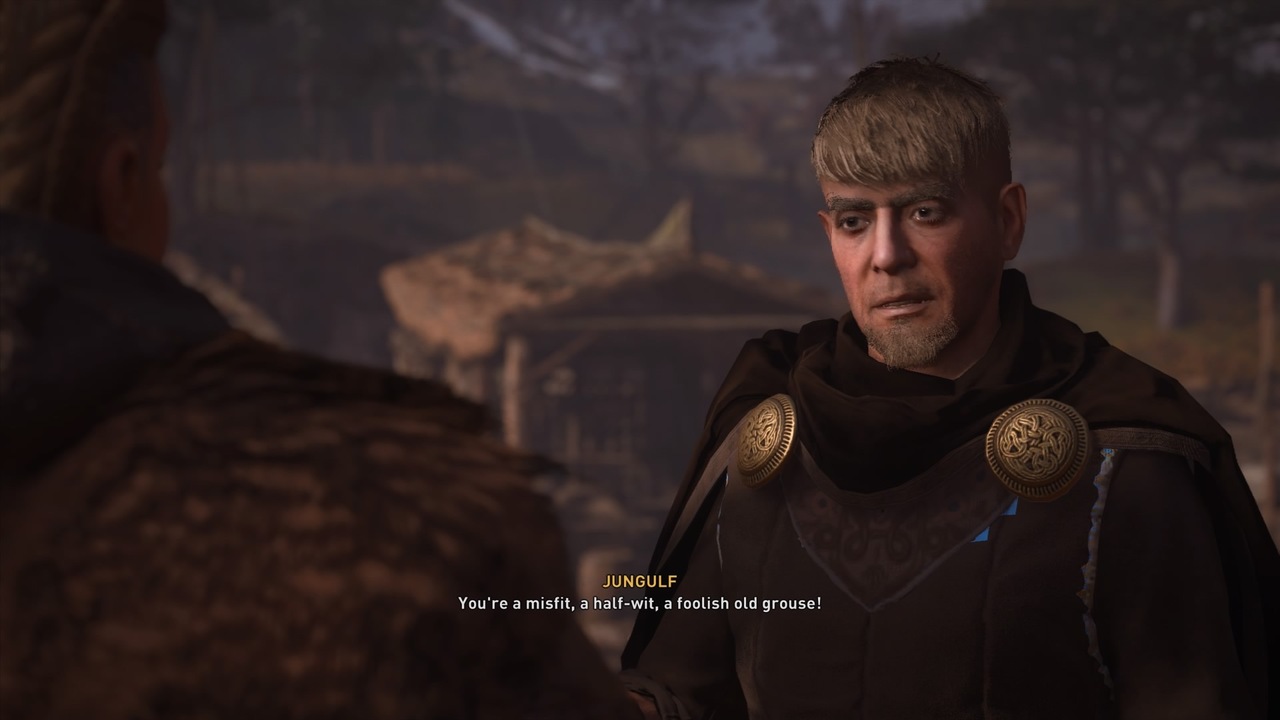 Tap or clap out each syllable of the line given to you. Your answer MUST match the rhythm exactly.

Listen to the key words in each sentence. You don't want to give a response that has nothing to do with what your opponent said. If they are boasting about their strength, speed, or wit, be sure to counter them with an insult that matches the topic.

Bet the highest bid to earn Charisma points, unless you're scared to get bested in a little word play challenge. 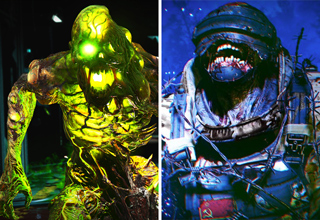 NEXT ARTICLE Zombies in 'Call of Duty: Black Ops Cold War' Is the Best Zombies Mode Ever