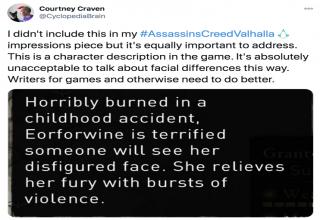 RELATED MEDIA
Assassins Creed Valhalla is the hottest game out right now, that is until COD is release on Friday. But in the meantime, there has been a light bump of drama in what has been an otherwise flawless Xbox release. The drama is Ubisoft's usage of the word, "disfigured" when describing the face of a woman who suffered burns in a childhood accident.
6/6
1/6
Categories: Facepalm Gaming Pop Culture
Tags: assassin s creed valhalla ac valhalla ableism assassin s creed ableism disfigured burn victim 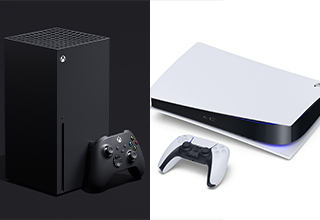