The Twitch streamer kimmikka_ has gotten herself in trouble for having sex during a live stream. While streaming, the chat noticed that she seemed preoccupied with something else, and certain movements and facial expressions seemed quite a bit like what it would look like if something a bit more nefarious was going on off camera.

Turns out that’s exactly what was happening, as is confirmed in a reflection off the window, and when her boyfriend appears behind her. Twitch quickly responded by banning the streamer for seven days for violating the site’s guidelines, which seems a bit light considering other streamers are permanently banned for what seems like much less.

Kimmikka called the act a “drunken accident,” but considering the attention it has already brought her, and the plain ridiculousness of that statement, somehow that seems a little hard to believe. 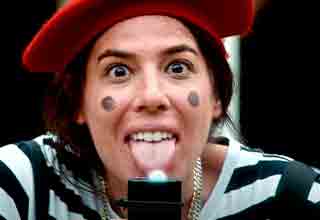