Twitch streamer, WeFoundTheBody is facing criticism after losing his cool on a viewer who commented in his chat that her mother had recently passed away. Accusing the viewer of 'trauma dumping,' he proceeded to berate her for ruining the mood of the stream and bringing down the vibe.

Twitch streamer WeFoundTheBody is facing backlash after going off on a viewer who shared that her mom had died pic.twitter.com/zPbUOpidAy

Understandably, WeFoundTheBody was put on blast by many in the Twitch community who came out in defense of the viewer, who goes by MissNerdyCurvy. You can read her version of events here.

What a loser. You are an Entertainer. You chose that career. You take on the obligations that come with it. Entertainers are looked at as role models. In some cases you can make someone’s day or even literally save their life. It takes 3 seconds to say “I’m sorry for your loss”.

Man just say “I’m sorry for your loss, I hope the stream can help cheer you up a bit” and move on Jesus

Things only got worse after he attempted an apology video, claiming that he had asked her in the past to withhold mentioning negative life events in the comments. He went on to say that his reaction was not because her mother died, but because he doesn't like her. Needless to say, it didn't paint him in a better light. You can watch his whole apology here.

This dude then apologized on Twitter, but today in response to all the hate says that he was wrong, and what she did was wrong pic.twitter.com/pLUNK0tBGc

@OnlineIRL_ looking at some of the other tweets under this just shows how much of a loser this guy is. The first part was bad enough. But all the doubling down and gaslighting and acting like the victim just shows he doesn’t care what he says because he can just act fake later

While WeFoundTheBody certainly came out looking like a prick, some people came to his defense. The incident also opened up a discussion of 'trauma dumping,' or intentionally burdening someone else with your own difficult information.

Just because he's a dick doesn't mean he doesn't have a point. Imagine having a company party and you ask a coworker where he's been and he said that his dad died. It ruins the setting and it was not necessary to share personal things like that. Just say you had personal reasons.

2. His delivery sucked, but hes right. You sharing that is against etiquette and borderline rude.

3. Everyone is saying he lacked empathy. What you’re seeing is someome who had empathy the first 176 times this happened, but is at his wits end.

To be fair his response wasn't right after she mentioned her mom, it was after an ongoing convo about it. SHE KNOWS chat rules and etiquette. She knows, because shes been called out on it before in the same channel. Body has shown a ton of empathy if you have been to his channel

The general consensus was that even if MissNerdyCurvy should have handled her comment differently, WeFoundTheBody was so far off the mark in his reaction, that the two actions are hardly comparable as he tried to imply in his apology.

Trauma dumping is absolutely a thing. Is that what you did? It is absolutely not. A short "sorry for your loss, hope things get better" would have been fine. But to single you out and make a bad situation worse? I'm sorry you had to deal with that.

I get that viewers unloading/venting in your chat can be draining as a streamer, but this is just lacking empathy. They were probably just hoping for some encouraging words from the streamer/community they support and instead got put on blast by the influencer.

if my mom died the last thing am doing is going into a twitch chat telling randoms but all he had to do was say what this guy said https://t.co/GLZqSyIOnm

In any event, it's not a Twitch channel we feel the need to check out in the near future. 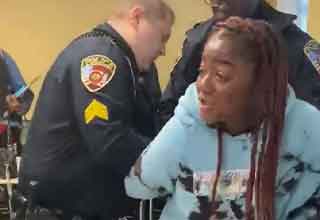