Hideo Kojima, the master behind the Metal Gear Solid franchise as well as last year's Death Stranding, may be working on a Silent Hill game for the PS5.

Kojima famously had worked on the terrifying P.T., a horror game demo which was a precursor to the never-released Silent Hills game starring Norman Reedus (who went on to star in Death Stranding).

The game was cancelled because Kojima left Konami on bad terms, but according to a new rumor, Sony may have helped mend Kojima and Konami’s relationship, allowing Kojima to continue work on the once lost Silent Hills project.

The rumor comes from a gaming YouTuber called Moore’s Law Is Dead, who previously leaked details on the release God of War: Ragnarok a while before it was ever officially announced.

Moore's Law admits that at this time this is just a rumor and he has yet to speak with anyone working on the game, but he claims it will be officially announced this year's Game Awards on December 10th.

The Game Awards are hosted by Kojima’s good friend, Geoff Keighley, so it's not out of the question that this kind of project could be unveiled at the event.

I'm glad other people can relate to me complaining about this shit, JIST PLEASE STOP TEASING US YOU HAVE THE FUNDS NOW AND THE IDEA IS SO GOOD GOD PLEASE pic.twitter.com/Nb5zMoAc9h

Silent Hill fans are skeptical, as these rumors have been floating around for years. But this particular rumor seems more believable than anything that’s come before it.

If the game were to be announced at The Game Awards, I wouldn’t get my hopes up for actually playing it for quite some time. Kojima loves to announce projects way before they release, so be prepared to wait.

I wish this was fake, I REALLY do pic.twitter.com/oi8pSqXYfT

I’m not a horror games fan myself, but P.T. was such a uniquely scary experience that I'm hyped at the possibility of Kojima seeing his vision through for a new Silent Hill game.

Death Stranding was such a success, so it will be interesting to see if Kojima goes back to tap some famous actors to play main characters. If this Silent Hill game is real, we will certainly see the return of Norman Reedus.

Who knows who else will be on the ride this time around. I can't wait to be scared to death. 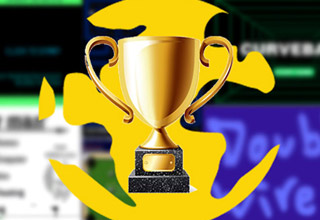