We finally got this AWESOME new trailer for God of War: Ragnarok where Atreus literally tears the sky alongside the giant wolf Fenrir, and Kratos and Thor start their long-awaited fight. pic.twitter.com/kzAe5Veml9 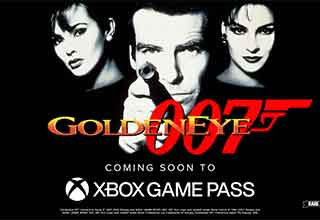 NEXT VIDEO 'GoldenEye 007' is Coming to Xbox Game Pass