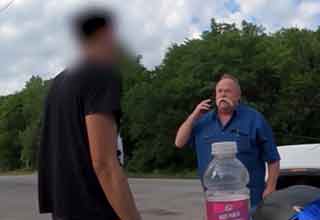 NEXT VIDEO Male Karen Calls Cops on Bikers, Changes His Tune Once They Show Up