What if you were a slice of bread that had to toast itself? Well, that is how I Am Bread plays.

The different buttons and keys help you awkwardly “walk” the bread towards its final destination. Your ultimate goal is to toast yourself, but doing so will require you to master both the layout of the house and the insane physics within the game.

Chances are you don’t have much pity for cockroaches. But maybe playing Cockroach Simulator for a few hours will change that.

You take control of a cockroach trying to survive in the kitchen of a homeowner determined to kill you at all costs. When you get over how gross it all sounds, this game actually plays with scale and perspective in some very fun ways.

Also Read: What E3 2021 Tells Us About the Future of Next-Generation Gaming

PC Building Simulator does exactly what it says: providing you with a virtual opportunity to build a slick PC. And if you don’t know much about building PCs, you might learn a thing or two from this title.

For everyone else, though, this game is a bit weird and sad. Why build a computer and then buy a game so you can relive building a computer? It’s like having nostalgia but only for the annoying parts of your life.

Rock Simulator 2014 may very well be the dumbest game on this list. But depending on your mood, it may also be the most grounding.

You simply stare at rocks. Literally, that’s all you do. Despite the name, you’re not actually playing as a rock. So this one is bad as both a video game in general and a simulator in particular!

Bum Simulator is the kind of game that defines “awful taste but great execution.” As the name implies, the game simulates being a 'bum' living on the streets.

Beyond the need to eat and survive, the game is one giant sandbox. And it really does scratch that itch in the back of your brain where you’ve always wondered if you could adapt and make it on the streets.

Heartbreak High: A Break Up Simulator

Still, hung up on that big breakup? If you’re still not over that ex, then playing Heartbreak High will either make you feel better or much, much worse.

The general premise is that you are the most popular person in school and ended up dating way too many people at once. And now, you must find a way to dump them all in a single day. Both the premise and execution are nicely done, though the marathon of virtual breakups may remind you of your own tragic love life.

Also Read: From Destiny to Dark Souls: How Devs Gave Up On Good Game Lore

You know how shows like Star Trek sometimes show us a grizzly transported malfunction or shuttle accident? In the back of your mind, you might have been asking who is stuck cleaning up the bodies.

And that’s the general premise of Viscera Cleanup Detail. As a space station janitor, you must mix standard cleaning tools and chemicals with fancy sci-fi gadgets to clean up rooms filled with grisly corpses from a variety of alien races.

Also Read: Top 25 Best Games Of All-Time In One Sentence Or Less

Don’t get your hopes up: Bear Simulator doesn’t simulate being a MuscleBear down at your local bar. Instead, you are taking control of an actual bear going about his day in the woods.

Eat fish, scoop honey, and make the final call on whether walking on two legs or four legs is better. This game really commits to the bit and puts you in charge of a bear as he tries to stay alive and rule his neck of the woods.

Also Read: A Brief History of Some Good and Bad Christian Video Games

With a name like Granny Simulator, you might expect that this game is all about helping grandma. However, the truth is far, far darker.

That’s because you actually play as her grandson, and you must engage in various Home Alone-style fatalities to prevent Granny from completing her chores. If the idea of launching a virtual granny down the stairs makes you laugh, you may enjoy this title.

Let’s be honest: everyone has seen one of those filthy-rich Youtubers, who get paid to run their mouths and asked ourselves the question: “why couldn’t that be me?”

In the YouTuber’s Life simulator, you play as a streamer trying to raise his popularity with his online fans. The actual management system in the game is pretty fun, but there is palpable sadness to playing a game by yourself where you pretend you are streaming with countless of adoring fans.

Also Read: The GTA 6 Rumors Are Coming From a Known Battlefield 2042 Leaker

Slime Rancher is different from most simulator games. Basically, this title takes a familiar concept and puts it in an unfamiliar setting.

You play as someone breeding and raising weird little slime creatures. Otherwise, it plays as a pretty straightforward farm/ranch-style simulator but with an alien twist. Come for the cute slimes, stay for the game encouraging a little bit of slimy cannibalism.

The real hallmark of a crazy simulator game is making players ask “why’d they make a game out of that?” This is what you’ll instantly ask about Robot Vacuum Simulator 2013.

In the game, you take control of a Roomba-esque robotic vacuum. And...that’s it. If you get bored, you could always put on some headphones and pretend you are specifically playing as DJ Roomba.

Why waste time with your real, modern life when you could pretend to be a crazy cultist in the 1920s? That’s the question posed by the quirky title Cultist Simulator.

Once you get past the weird concept, hunting down artifacts and summoning dark gods is pretty fun. If you’ve ever said “Cthulu” out loud more than once, this title is probably for you.

Also Read: What Ratchet & Clank: Rift Apart Tells Us About the Future of PS5 Gaming

Usually, the idea of making a simulator comes from asking what fun role a player wants to assume. However, in City Sweeper, that role is a garbage collector.

If you actually get a kick out of cleaning in real life (you freak), then you might like virtually cleaning the streets. Otherwise, this is a bad video game simulation of a bad real-world job.

Ever watch those house-flipping shows and think “I bet I could do that?” In that case, the House Flipper game was made for you!

And to be honest renovating houses and appealing to buyers is a pretty fun experience. But this game can never decide whether it wants to be a straightforward simulator or a cheeky satirical commentary. 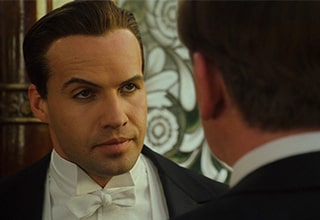