Taken as their own set of mini games, the sexual aspects of Cyberpunk 2077 make up the most lurid video game of 2020.

You can customize your genitals, have sex with hookers and friends, and do a lot of important side quests at sex clubs. CDPR could have released just the sex part of Cyberpunk on its own mini title and it probably would have done well. 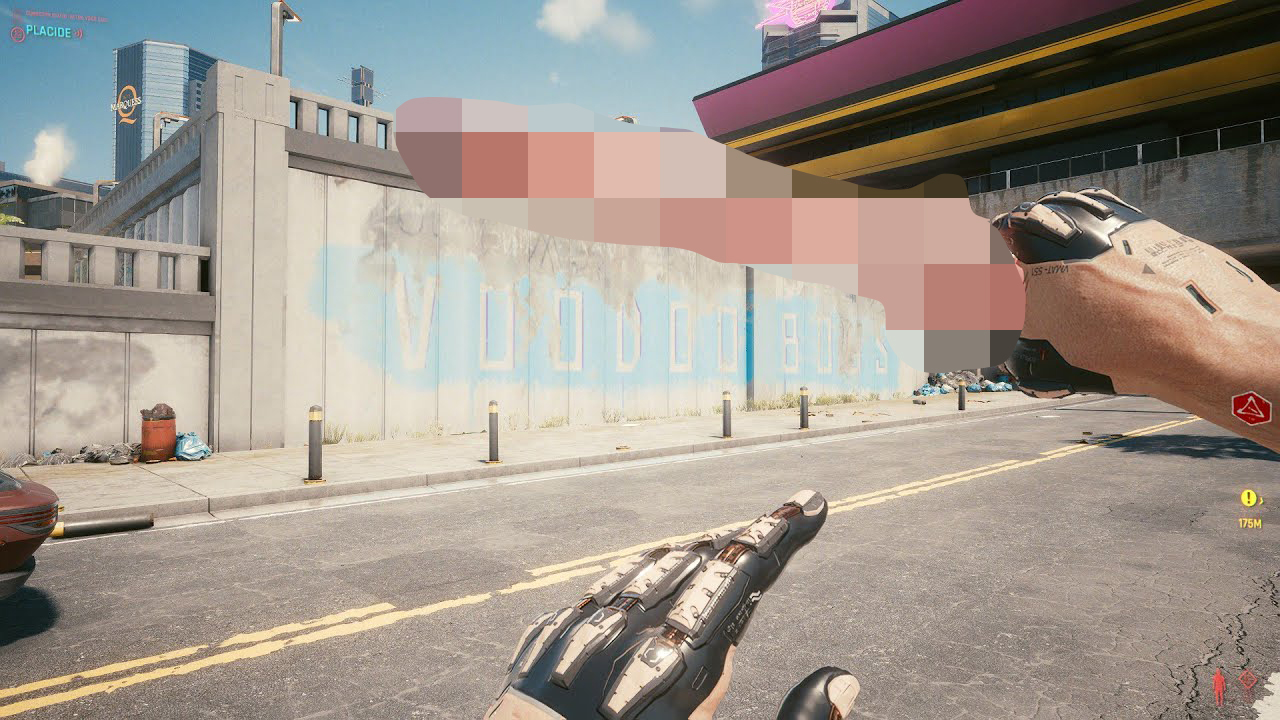 As a melee weapon, this thing is strong. Compared to the knife, baseball bat, and steel pipe, the Sir John Phallustiff is OP.

The Sir John Phallustiff has a DPS of 373.6 and deals 69-85 physical damage. For unarmored enemies, you can beat them to death with this sex wand in about two hits. 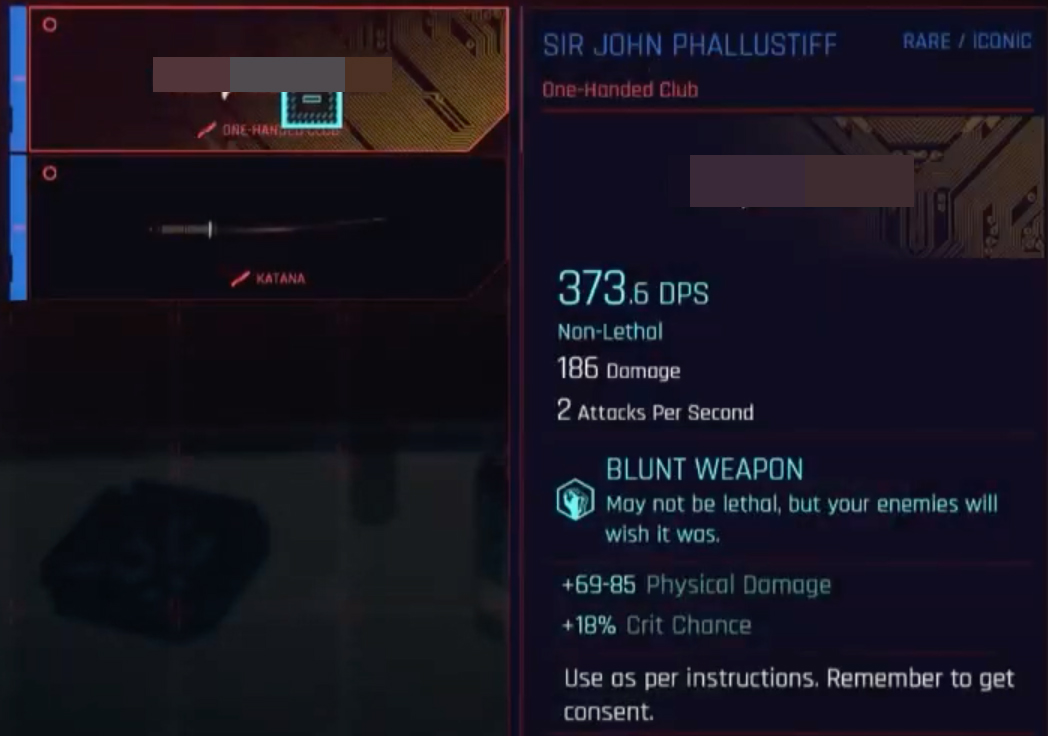 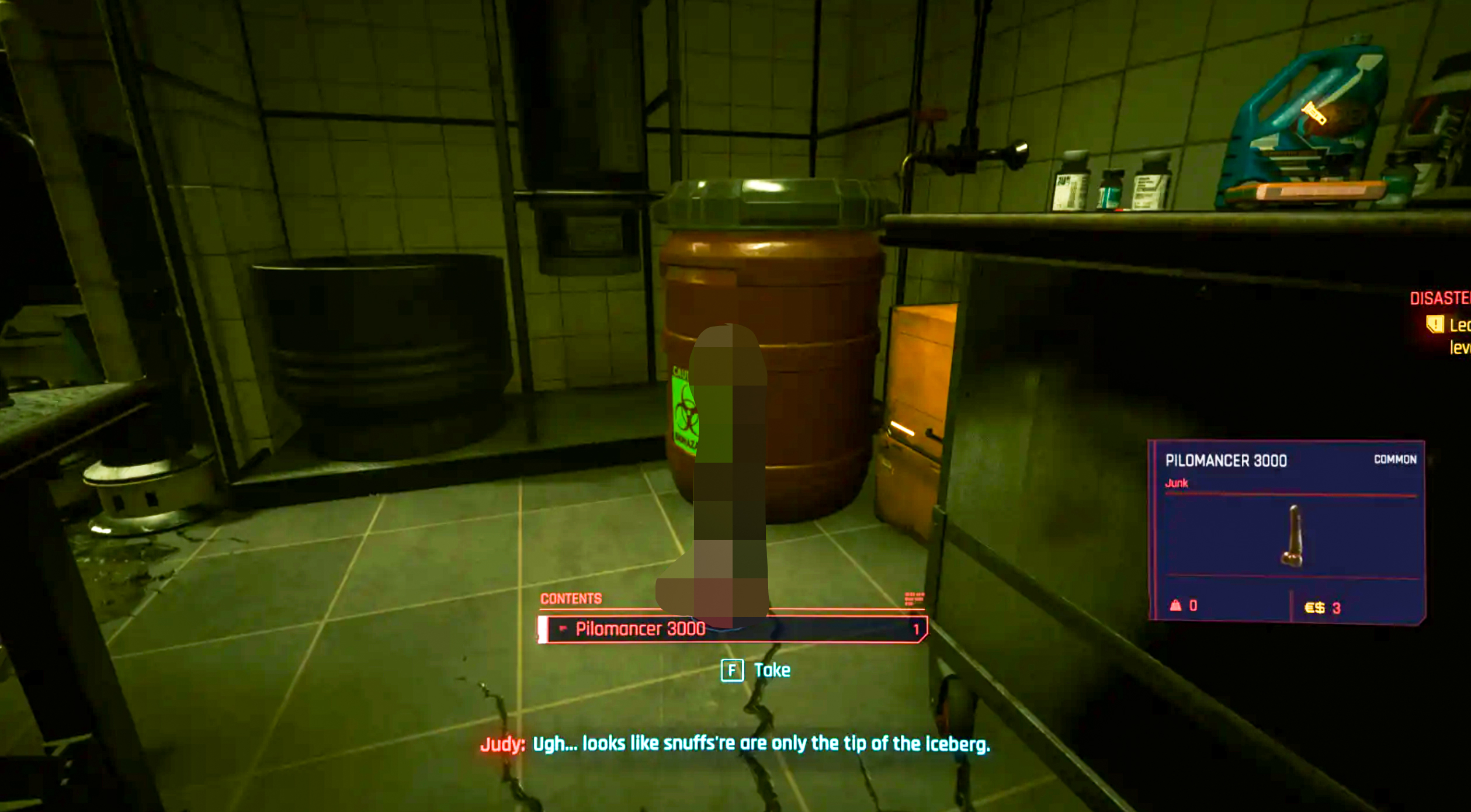 “We wanted Night City to be pretty open sexually," CDPR said, "where something by today’s standards might be taboo or kinky is very normal and commonplace by 2077 standards." 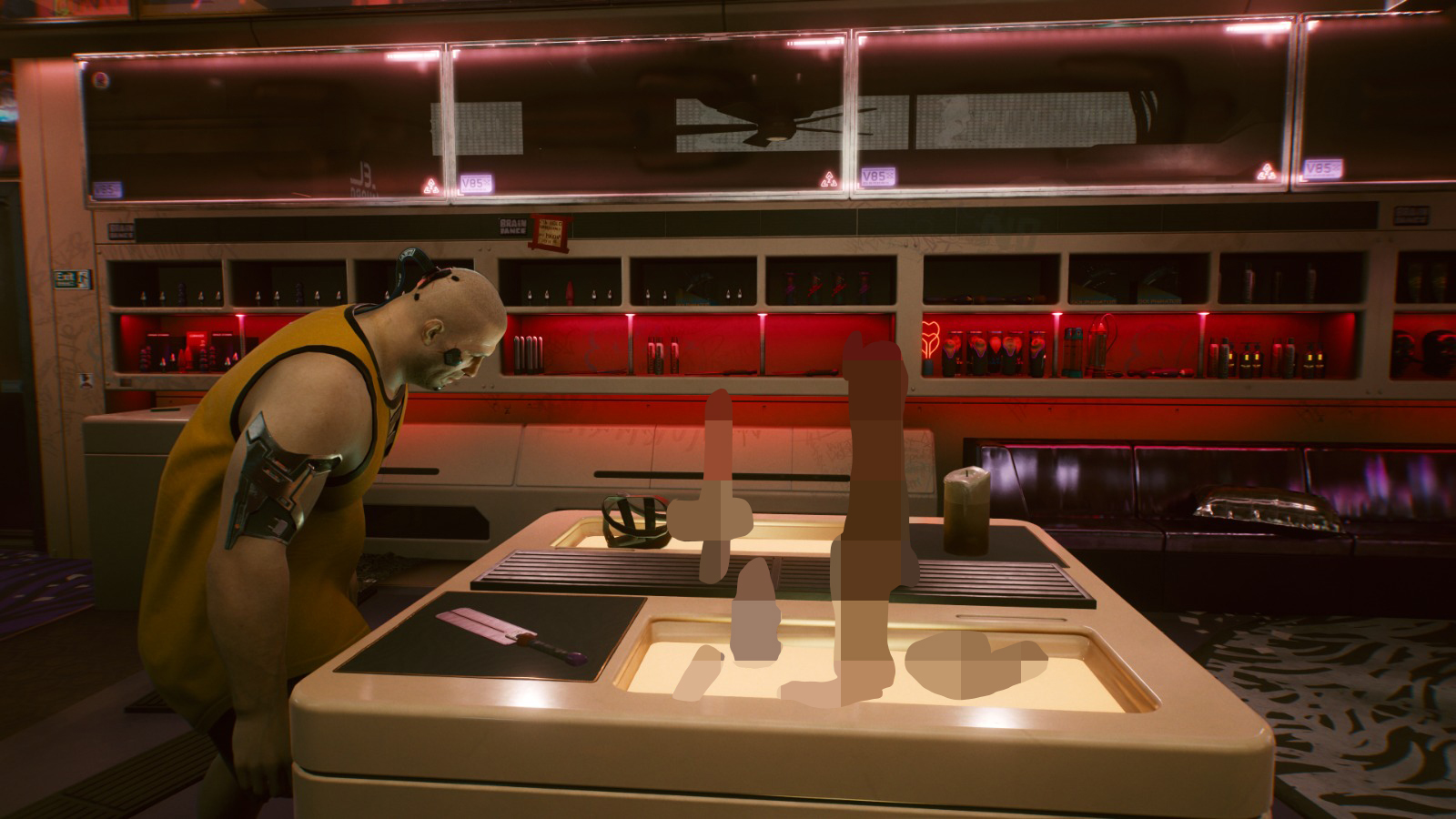 CDPR said they're considering adjusting this algorithm to cut down a little on the copious amount of floppy dongs, but they stand by their original intent. 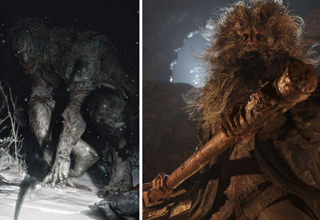 NEXT ARTICLE Everything to Know about the 'Resident Evil Village' Leaks