Note that returns may only be accepted until December 21st, 2020.

Cyberpunk 2077 has been pulled from the PlayStation store and Sony will be issuing full refunds to anyone who purchased the game through their store, they announced last night.

While the game has bigger issues performing on now older generation consoles like PS4 and Xbox One, Sony is offering refunds to PS5 users as well.

Maybe we should’ve seen this from the get-go when the game triggered seizures in its players. Or when it was delayed four different times and forced through anyway. These were warning signs that this game wasn’t ready to be released to a general audience on every platform.

While CD Projekt Red is asking people to hold onto their copies and wait for patch updates to be rolled out in the coming months, many people are so turned off by the bugs, glitches, and constant crashes that they'd rather just get their money back.

You have to wonder: How many programmers/testers/other devs at CD Projekt Red tried to raise the alarm that the game was just not ready, only to be rebuffed or ignored by the studio's management?

Is this gaming’s Fyre Fest or is it not that bad? As in, is this salvageable for them at this point?

In digital form, Cyberpunk 2077 is now an Xbox console exclusive. And Microsoft didn't even have to pay for it, lol.

Ofc there are a lot of factors at play here (and it's easy for me to say because I'm no longer writing for a game-specific pub). I just hope this fiasco will inspire more people to push back against the increasingly prevalent practice, which I personally find questionable

It's still sliding too. pic.twitter.com/NiKnonqnAM

That's censorship. Are they gonna start censoring other games because they don't think they run well on their mediocre hardware? Because this is not gonna be the last one. This is a whole thing driven by Sony to hide their faults and turn the blame away.

Earlier this month, Cyberpunk 2077 was released on the PlayStation 4. After receiving many messages from gamers, we have decided not to list the game in our store. https://t.co/Kx7rctpJn9

It's painful to watch CD Projekt Red, the developer of the incredible Witcher series, publicly burn like this. Their developers were worked to the bone for years on this project by an increasingly impatient management that needed the game released when it clearly wasn't ready.

When you release an unfinished product of this magnitude, this is what happens. We'll likely see a polished version of this game down the road, but for now it's probably best to skip. 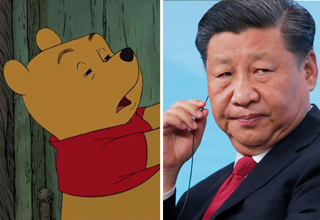