According to a lawsuit filled in court this week by the California Department of Fair Employment and Housing against video game maker Activision Blizzard claims that for years the company has promoted a toxic work environment for its female employees.

The state's investigation, which has been ongoing since 2018 categories a long number of complaints and malpractices that reach up to the highest levels within the company. The suit includes complaints about pay disparity, employee treatment, sexual harassment, and a failure to act on employee complaints.

But the most shocking of the accusations are those surrounding sexual harassment in the workplace, a practice that makes our skin crawl. According to the court documents, male Activision employees held "cube crawls" where they would drink a bunch of beer and meander around the office as if it were a pub.

However, for the female employees, these events were an opportunity for their male counterparts to engage in "lewd" behavior toward them, often featuring men making gross comments or just simply hitting on their female coworkers.

The general sexual harassment documented by investigators claims men openly mocked and made rape jokes towards female employees. The suit even names Alex Afrasiabi, the former senior creative director of World of Warcraft at Blizzard Entertainment as openly engaging in sexual harassment with no repercussions. Apparently, Afrasiabi was such a prolific creep that his office suite was nicknamed the 'Crosby [sic] Suite' after famed comedian and rapist Bill Cosby. Disgusting.

But here is where it gets even worse. A former female employee who hasn't been named publicly committed suicide while on a business trip with one of her male supervisors. The unnamed supervisor apparently brought sex toys and lube on their trip, and the state investigators believe this and a previous event where the female in question had a photo of her vagina shared around the office Christmas party led to her taking her own life.

If these reports are true then Activision Blizzard is more than just a frat boy company, it's a sadistic and downright disgusting company. It isn't a reach to say they have blood on their hands and will hopefully pay in full for the pain they have caused.

There is much more detailed in the lawsuit, however, these claims might be the most shocking revelations. You know what they say, "a fish rots from the head down", and this seems pretty apt, as Activision Blizzard CEO, Boby Kotic is listed inside the little black book previously owned by none other than Jeffrey Epstein.

Yup. Burn it down! And let these f**kers fry! 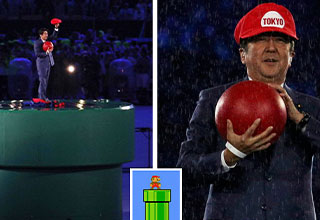