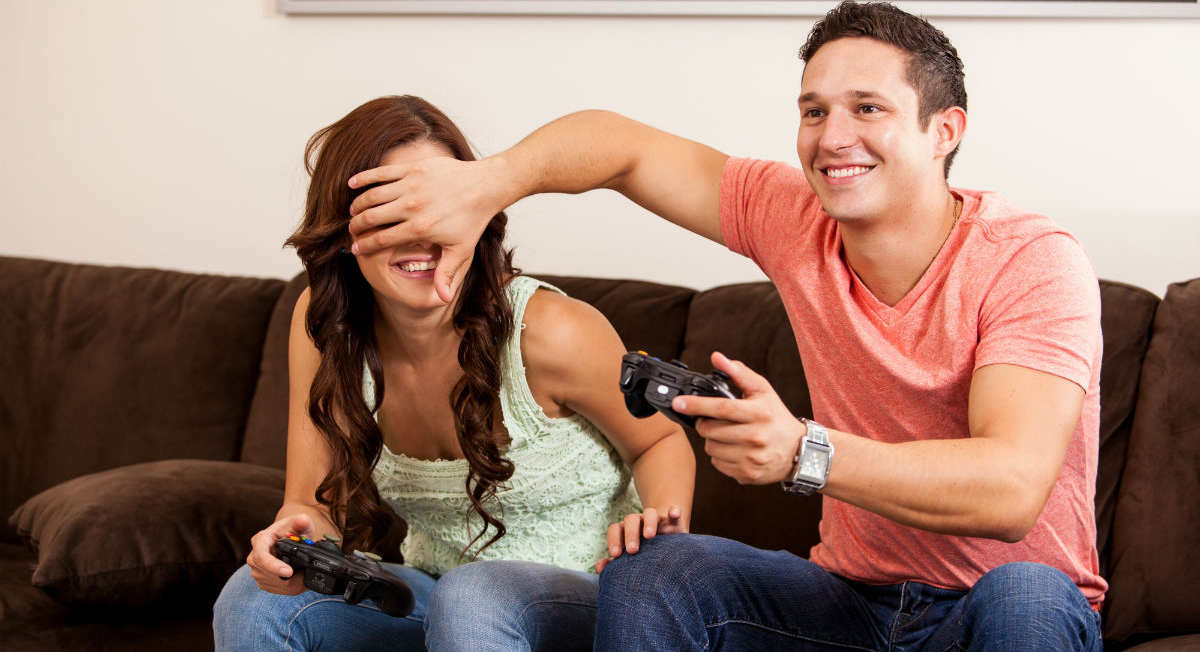 Over the weekend, Call of Duty's publisher, Activision, filed a lawsuit against CxCheats, a site that sells downloadable cheats to help you find and kill other players extremely easily.

The lawsuit is based on the fact that creating and using cheats in CoD violates Activision's Terms of Use. 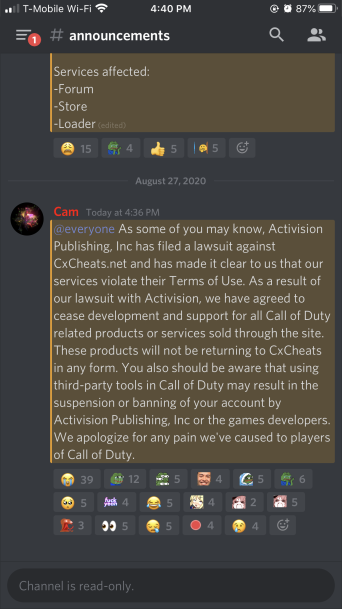 Activision has banned players for cheating, but this legal action seems like a more thorough scare tactic to try to cut down on the whole culture of hacking, which many claim ruins the fun of first person shooters.

But while CxCheats is no longer offering hacks, or at least not for the time being, there's plenty of other sites still selling any and every cheat under the sun.

So how much do these hacks cost, and more importantly, which sites are legit (and won't either rip you off or give your computer a virus)?

Here's the most recent information on all the best cheat providers currently in operation. 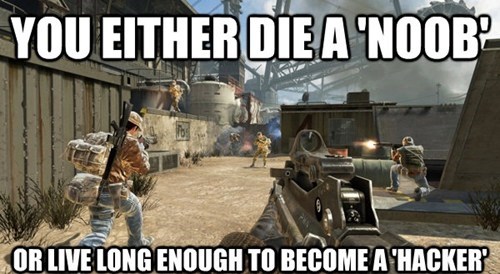 [NOTE: Using any of these cheats is still against the policy of the game publishers and may result in you being banned.

These sites can also easily take your money and run, so BE CAREFUL FOR SCAMS.

But no one's perfect, so if you wanna feel like a god with a rifle for a few hours a week, we won't judge you.] 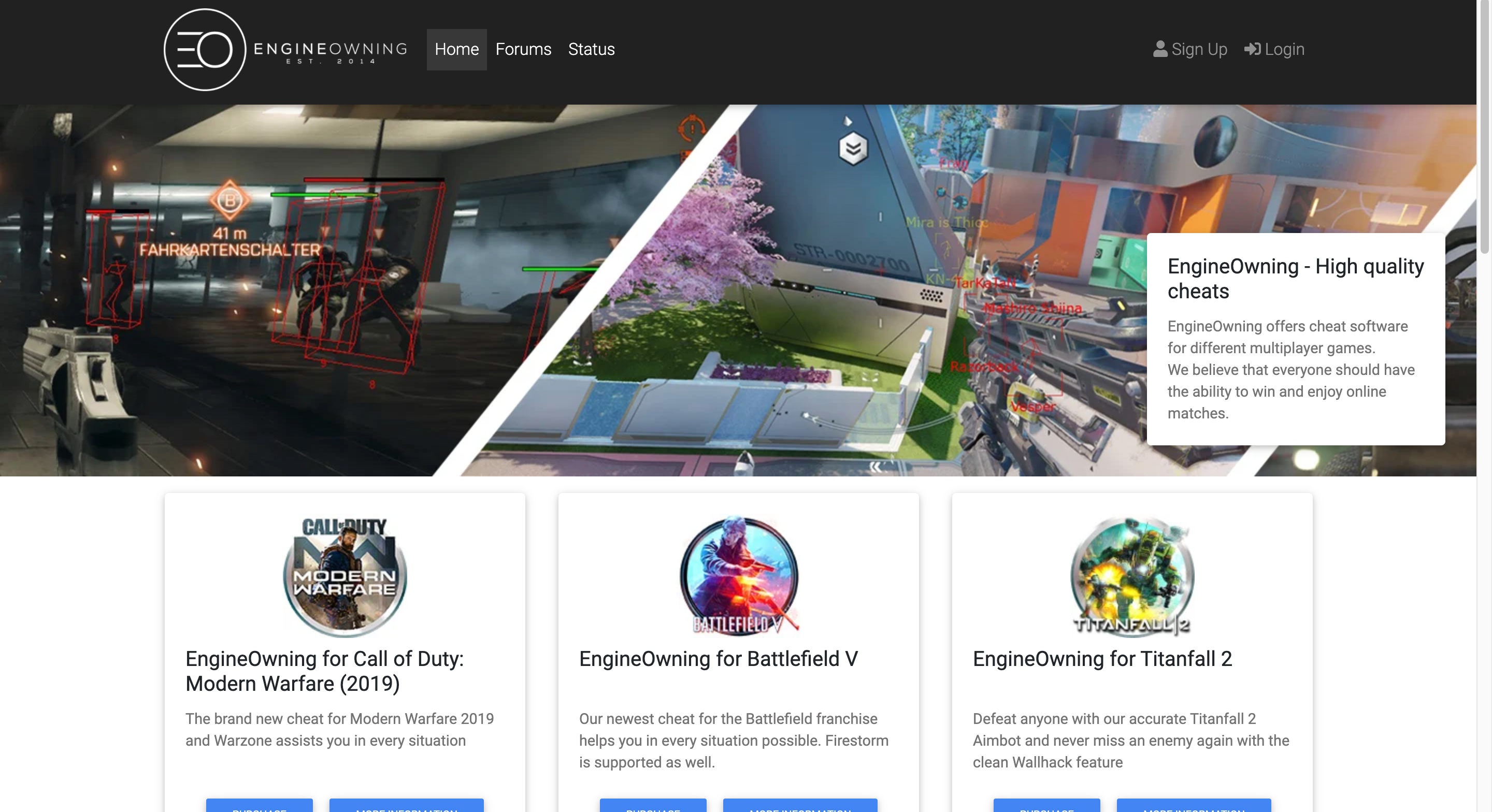 After combing through many reviews, this site seems to be your best bet for getting aimbot, ESP, wallhacks, and any other superpower you want to play around with.

They offer downloadable cheats for Call of Duty: Modern Warfare, Battlefield V, Titanfall 2, and many more titles in those series.

For Modern Warfare, they offer aimbot, triggerbot, and ESP, which each come with a slew of settings you can customize to give even the worst players the best chance of slaughtering fools.

They also claim to help protect you against being detected for cheating and let you hide the cheats if you want to record your gameplay.

On the review site TrustPilot, EngineOwning has the highest rating and most positive user feedback of all the cheat providers we looked at. 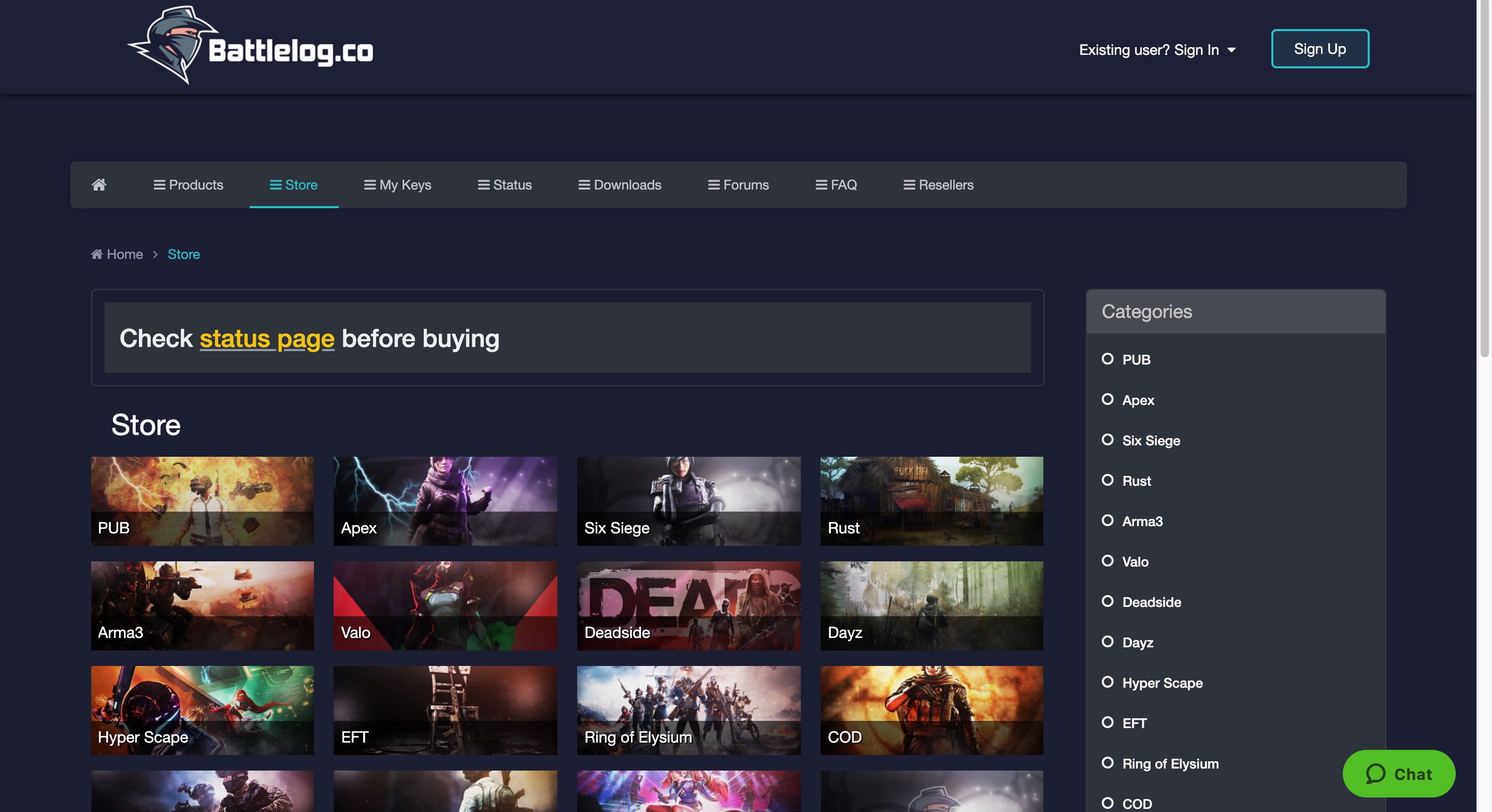 This is one of the most comprehensive and easy to find sources for cheats, but it also appears to be a huge scam.

People on Facebook, reddit, and ReportScam all claim to have paid for cheats that Battlelog never delivered, then never got their refunds.

No matter how "legit" their site looks, be careful before giving your credit card number to these folks. 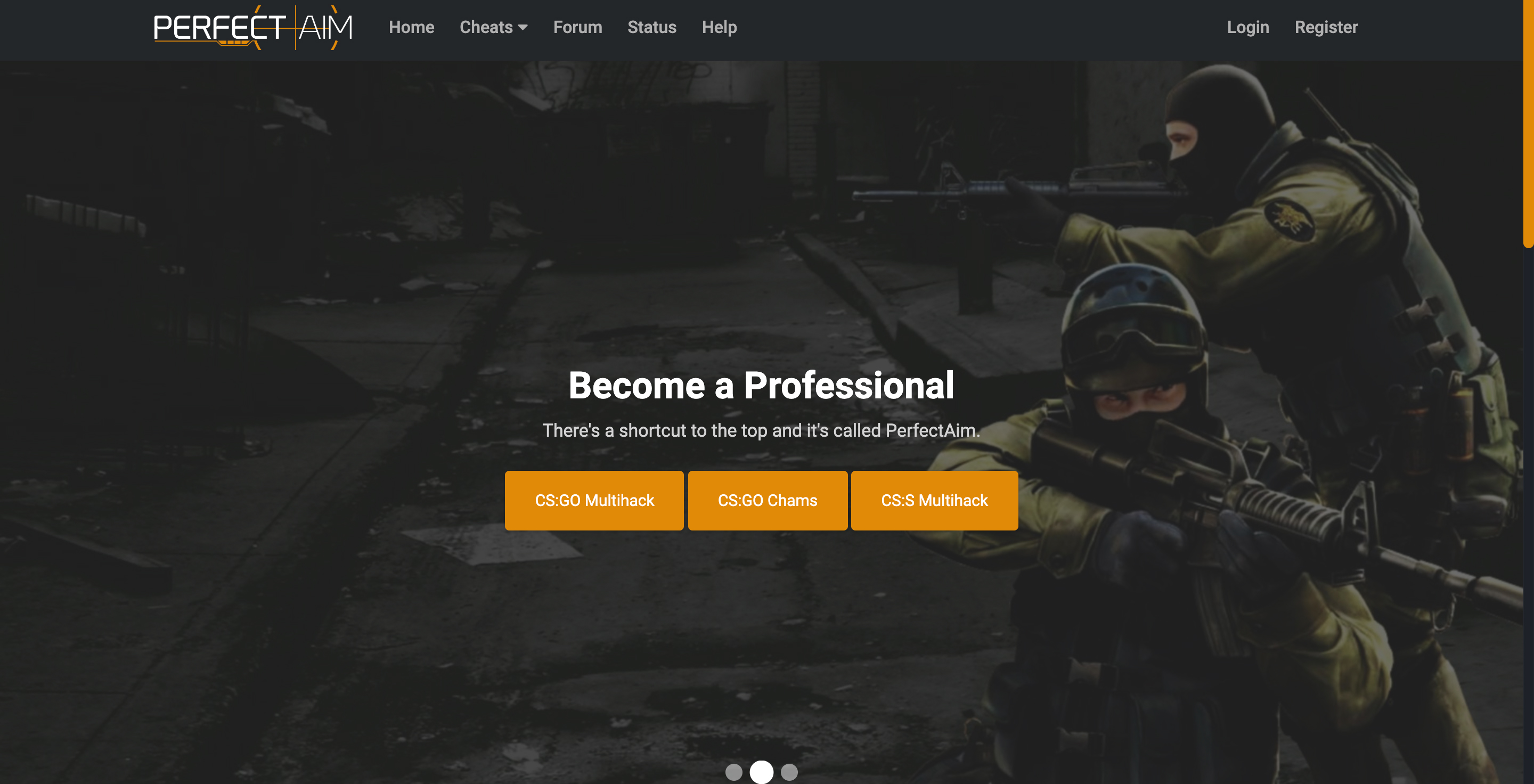 If you don't care about besting kids in CoD, this site might be up your alley.

PerfectAim sells cheats for 22 different games and has has decent reviews on TrustPilot, but not many people are out there actively recommending them so it's hard to tell how legit they really are.

They offer the same standard aimbot and ESP packages, although they don't have different tiers of hacks so you have fewer options overall.

On the plus side, they're one of the more affordable options. You can cheat through Battlefield V for $19 per month, $38 for three months, or $57 for a whole year.

Apex Legends and Rogue Company only have one $29 per month option, while Rainbow Six Siege has the same for $38 monthly. However, hacks for Counter-Strike: Global Offensive are as cheap as $7 per month and $29 annually.

The signs for PerfectAim point in the right direction, but sometimes something that looks too good to be true is. 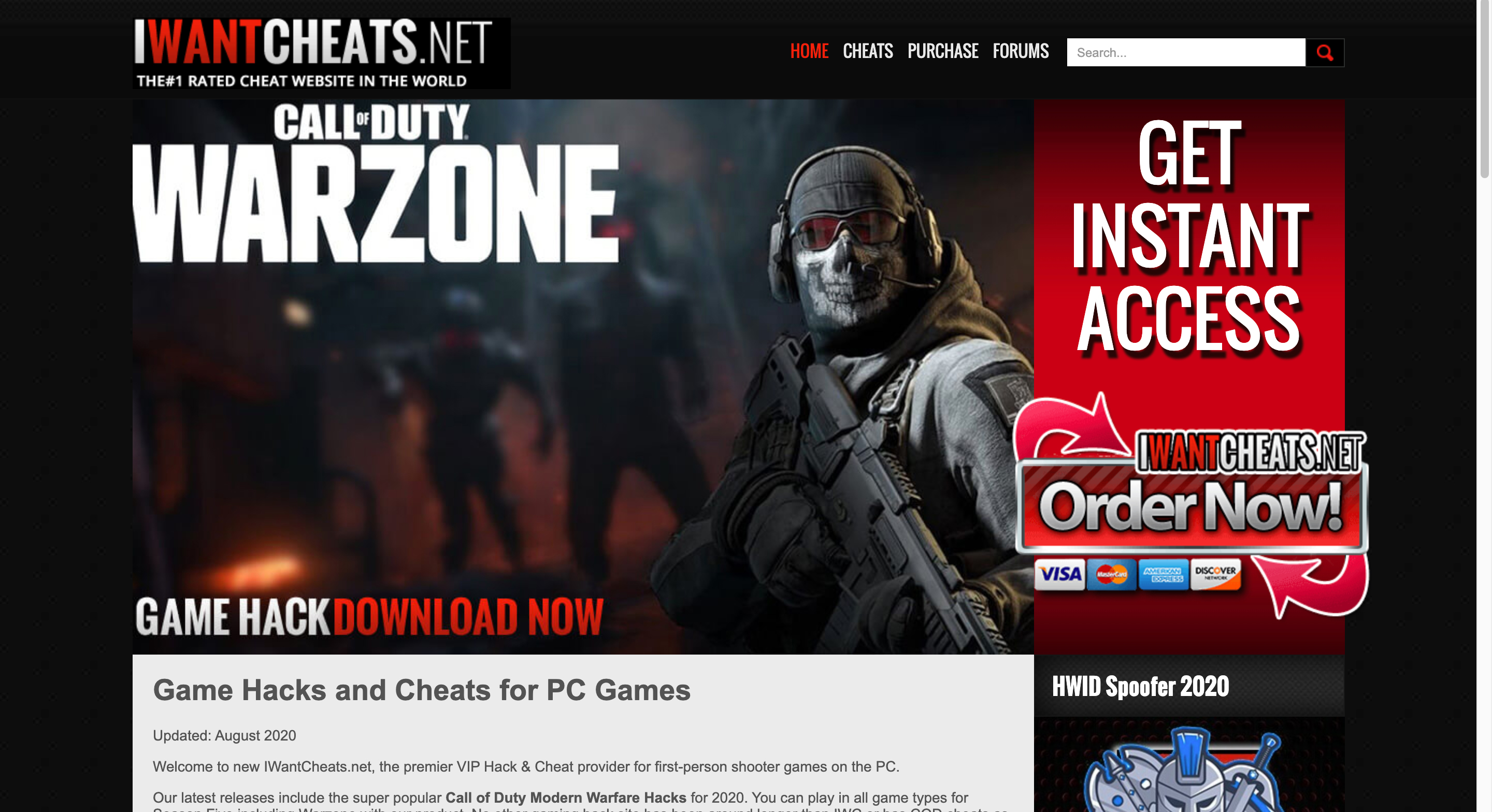 The people behind this site have done an amazing job to make their business look as legit as possible. Or at least as legit as an illegal cheat retailer can look.

Review sites like TrustPilot and Reviews.io give them nearly perfect reviews from seemingly real users, but the discussion in forums is that they're one of the biggest cheat scammers on the market.

It's easy to see their appeal. They offer cheats for over 80 games and are even advertising upcoming cheats for Call of Duty: Black Ops Cold War before the game has been released.

Their prices also seem to be relatively competitive—$27 for 30 days—so everything they offer makes you want to click purchase (if you're so inclined to cheat).

But their reputation in real communities is a big red flag, so just know you're taking a gamble if you go with them.

And in case you need the reminder, all of these cheat sites can easily scam you out of your money. So if you really want to get your shots off, just stop whining and try practicing more. 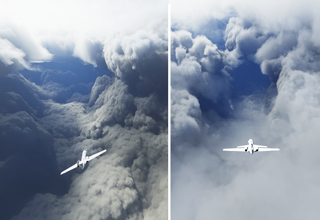