The Call of Duty: Warzone nuke event happened yesterday, and players fight off not only other players but players that were infected by radiation turning them into zombies, a nuke was primed to explode.

At the end of the event, the Verdansk map was nuked and from its ashes, a new map will be playable. Turns out that the new map is the old map, just set in the past, a Verdansk in 1984, springtime even. What new changed Activision will make to the game still remain a mystery, though sadly, this doesn’t really matter much, as the servers are crashing so hard the game is nearly unplayable.

Activision when they do literally anything pic.twitter.com/alcf6YHeOs

This event was supposed to lead Warzone from one season to the next, but with the server problems, it’s been a disaster for Activision. Call of Duty has a long history of glitches and server issues, which makes this problem no surprise to anybody. Add in the absurd download sizes the game requires, and it’s a wonder anybody is still playing it at all.

Servers down while I’m stuck in a infinite download for these unstable data packs pic.twitter.com/yUWwOj1ZUg

Dr. Disrespect, the famous streamer, and mustache haver pretended to fall asleep on his stream as the event launch took place. He also took to Twitter to make fun of the CoD YouTube community in a hilarious tweet which is just a compilation of content creators who all made the exact same thumbnail for their videos for the nuke event.

He makes a good point, as nearly every single YouTuber, has regressed to just plastering a big picture of themselves shocked next to an explosion or clickbait imagery. It used to be more subtle in the early days of gaming content on YouTube, but now creators are realizing it drives up clicks especially with younger audiences, and everybody is hopping on the bandwagon. 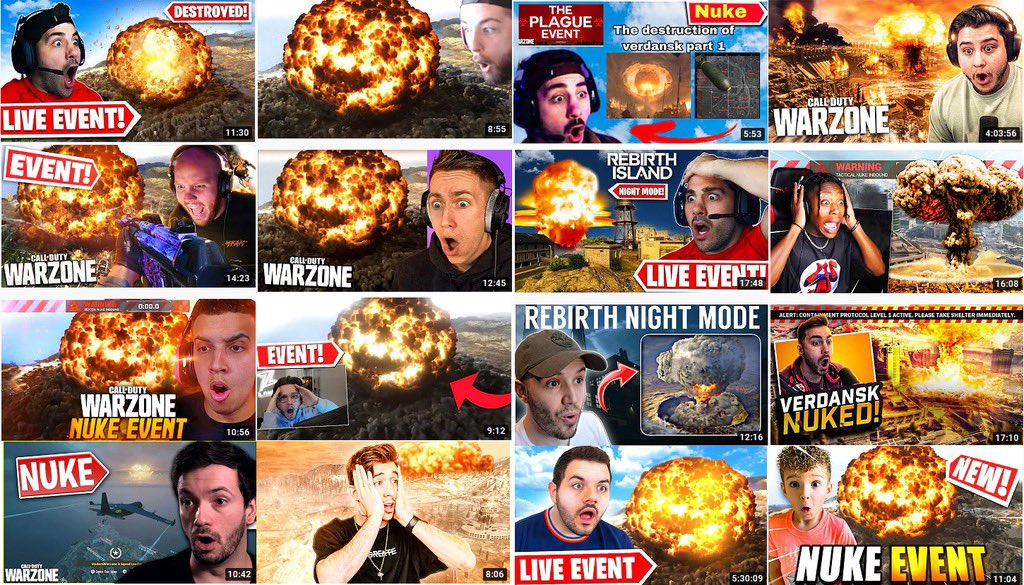 Dr. Disrespect himself could be to blame as well, as he indulges hard into the clickbaity thumbnails himself, but he does point out that in general these thumbnails are just horrid to look at, and are a general plague on the gaming community. 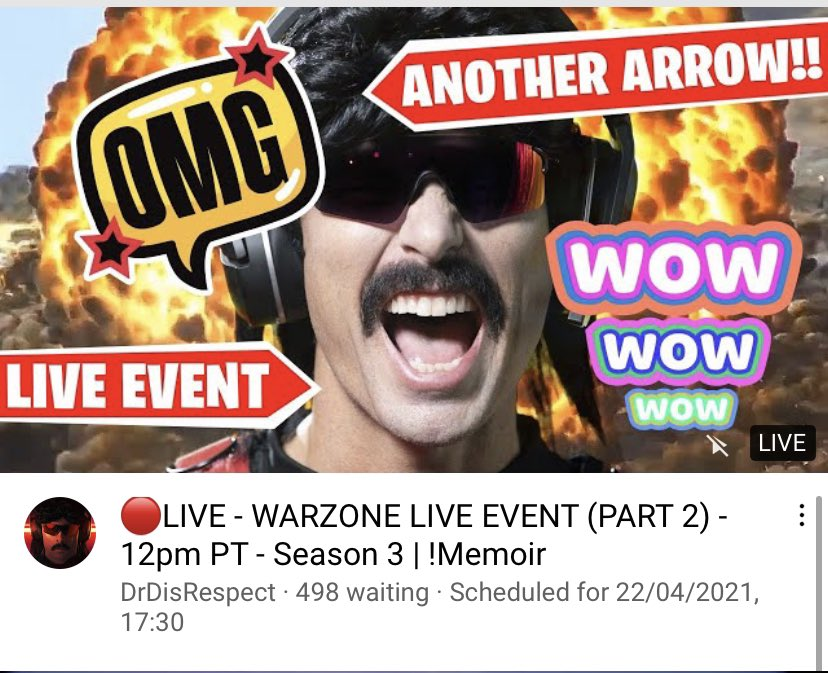 These clickbait thumbnails have obviously grown out of demand from kids clicking on them, and they're just something so nefarious about the race to get all the seven years olds on their iPads to click on your content.

While over 1.4 million people were tuned into Twitch yesterday, watching Call of Duty: Warzone streams, many of them were just that, event viewers and not potential gamers. So we ask the question, is Call of Duty cashed? Has it been dethroned from its Mt Olympus? Are you playing Warzone? Is everything becoming Fortnite? We don't have the answers, but from the general feeling around the web, people seem, less than excited about Verndansk 1984. NEXT ARTICLE David Dobrik's Douchebaggery Dug Up Once More