There's already going to be a ton of games available immediately when the Sony PlayStation 5 and Microsoft XBox Series X launch next week.

But beyond those initial titles, there's a ton more to look forward to. Many of these upcoming games actually look a lot better than the initial releases.

So to know what to keep an eye out for in 2021, here's the ten best exclusive games to the PS5 and Series X.

Although this title doesn't have a release date yet—sometime in 2021—it's one of the most anticipated games for the PS5.

As the ninth installment in the beloved God of War series, Ragnarök (technically the title is unknown, but this is what people have been calling the game) brings back Kratos and his son Atreus.

'Ragnarök' refers to a series of events in Norse mythology that will bring about the end of the world, so expect some heavy stuff with this game.

If you're looking for a new party game to play with friends, or just something different than Rocket League, Destruction AllStars will be a great addition.

This game, coming out in February 2021, looks like an updated version of the battle royale modes from Mario Kart 64. Can't go wrong with that.

A completely renovated platformer that will truly take advantage of all the PS5's processing power.

If you liked playing Ratchet & Clank when you were a kid, or are just looking for an excellent 3D platformer to get lost in, this is the one.

Everything about this upcoming Spider-Man title looks amazing. From the suits and cat sidekick, to the near-zero loading times, there's nothing to complain about heading into Miles Morales.

Here's the long-anticipated sequel to 2017's Horizon Zero Dawn. The new title takes place in 31st century California, Utah, and Nevada, which probably look much nicer in the game than they will in real life by that time.

Explore a sprawling open world and take on some next-level creatures in this ambitious action-adventure title.

For dedicated fans, they'll be excited to know GT7 is bringing back the GT Simulation Mode for a fuller single player campaign experience.

This is one game that will for sure use the PS5's DualSense controller to its full capacity. With haptic feedback in the R and L triggers and 3D spatial audio, you won't even need to invest in an expensive racing controller.

This remake should offer a lot more than just some enhanced graphics.

Developers added new weapons, armor, rings, and an item system called "Grains" to give you resistance to elemental attacks.

Demon's Souls remake will be available on the launch date on November 12th.

Although this game comes preloaded onto every PS5, it's a masterclass in finding inventive ways to use get the most out of the DualSense controller.

Don't skip this game right away. You may end up enjoying it more than you think.

Although Returnal is very different from the super popular Hades, this sci-fi shooter has a rougelike play style that will make it just as addictive.

Fighting enormous aliens on a foreign planet is always a good time.

Unlike previous LittleBigPlanet titles, Sackboy is a full 3D platformer that's friendly enough for kids but engaging enough for everyone.

Fans of more stylized platformers and adventure games will get a big kick out of this one.

While Halo fans have been through a lot, this next entry is meant to refocus on Master Chief in a way that will feel more familiar to those who cherished the first Halo way back when.

343 Industries has brought back Joseph Staten, who used to work on Halo titles at Bungie, to make sure the story in Halo: Infinite is satisfying all around.

Not much is known about this new title in the Fable series, but fans are looking forward to seeing this XBox series rebooted on a much more powerful machine.

If you're looking for a strong fantasy title on the Series X, this one should do nicely.

Zombie games get better every year, and the upcoming State of Decay 3 is proof that they're also getting smarter.

This survival adventure game will require a fair amount of skill but will be so rewarding to play.

An extremely stylized and engrossing FPS that may also give you nightmares? Sounds awesome.

When you need a break from traditional weapons, try Scorn for its fleshy and extremely creepy gun play.

In addition to Everwild's rich magical world that offers plenty to dive into, this game is just going to look super beautiful.

If you're an XBox user tired of seeing your PS4 friends enjoy the lush world of Ghost of Tsushima, this will make them jealous.

You can't get enough FPS games, and with similarities to Skyrim, Avowed is going to be killer.

Unfortunately, you can't expect this game for a while. But when it does finally hit shelves, make sure to block out some serious time for it.

This one may end up being quite divisive, considering it's not a straightforward game and instead what they're calling an "interactive drama," but it should be entertaining nonetheless.

The game's developers have described playing it as feeling like you're interacting with a really great and in-depth TV show or novel.

If you want something unexpected, Psychonauts 2 is a creative platformer that uses a lot of trippy artwork and themes to make it feel much more grown-up.

PlayStation owners may actually be in luck with this one, because while it won't be available on the PS5, it will be coming to the PS4.

Billing itself as one of the biggest seamless open-world games to date, this sequel will have a ton to explore and get creeped out by.

Easily one of the most exciting blends of FPS and horror.

When you need a break from shooters, platformers, and the other robust titles coming to the Series X, this psychological horror puzzle game will be an intriguing option.

You play as a medium traveling into the spirit realm to solve otherworldly puzzles. Like a Ouija board that doesn't require friends. 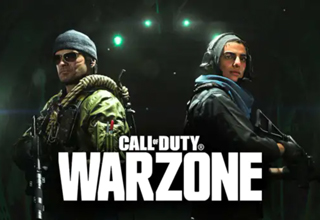